Additionally, they provide advice and assistance across the county to officers in relation to other serious crime and critical incidents.

The FMIT teams are led by a Detective Superintendent, known as the Senior Investigating Officer (SIO) and consist of highly trained dedicated and experienced Police Officers and Police Staff.

Each team both relies upon and coordinates the efforts of a host of other specialist departments in its investigations. These include:

The department has placed the Constabulary in a strong position both nationally and internationally at the forefront of homicide investigation, such as the David Guilfoyle murder in Accrington, 2005 (full case study below).

Our SIOs have advised both nationally and internationally within their specialist fields. 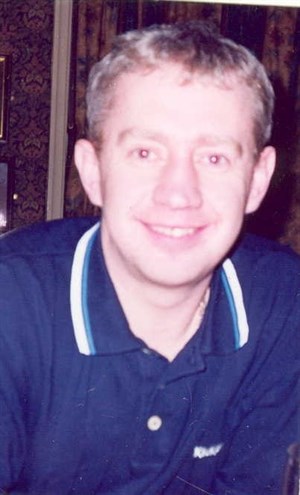 David Anthony Guilfoyle was 37 when he disappeared from Accrington on Wednesday, 25 May 2005.
He was last seen leaving his local pub after spending the evening with friends watching the European Cup Final.

Friends said he left the pub in a jubilant mood and they became concerned for him the following day when they could not make contact with him.  Growing increasingly concerned, some friends visited his house on Friday, 27 May 2005 and reported him missing that afternoon.

Police believed Mr Guilfoyle had arrived home at some point after the football. His car – a green Jaguar XK8 convertible sports car – was parked and secured on the driveway.  But there was evidence that someone had been the victim of a violent assault and had received very serious or fatal injuries.

From the Wednesday night there were no confirmed sightings of Mr Guilfoyle and no contact with his friends or family.  They said this was completely out of character as he was a creature of habit.

Following a thorough and detailed scientific examination of his home address, police launched a major inquiry and established an incident room at Blackburn.  A senior investigating officer was appointed to head the enquiry.

Acting Detective Superintendent Steve Brunskill took charge of the case in June 2005 and declared it a murder enquiry, warranting the highest level of investigation.

In the first eight weeks, some 130 witnesses were interviewed and 469 statements were taken.  A further 83 people were subsequently traced and interviewed.

Specially trained body recovery dogs were used throughout the inquiry and in February 2006, police widened the search area to West Yorkshire.  Divers were called in to search Ponden Reservoir on the road between Colne and Haworth.  This followed consultation with the leading national police search adviser for missing persons and homicide, based at the National Crime and Operations Faculty at Bramshill.

Shane Fitzpatrick (36), of Lyndale Road, Hapton was arrested on 7 June 2005 on suspicion of murder and released on police bail.  He was re-arrested on 27 July 2005 and subsequently charged with murder.

In July 2006, Fitzpatrick was found guilty of the murder of Mr Guilfoyle following a three week trial at Preston Crown Court. He was sentenced to life imprisonment with a minimum of 20 years to be served before he could apply for parole. At this point he had never revealed the whereabouts of Mr Guilfoyle’s body.

In November 2012, after new information from Fitzpatrick was divulged to officers, a search of Admiral’s Wood in Bolton-by-Bowland in the Ribble Valley was commenced. A body was found almost a week into the search and was later confirmed to be that of Mr Guilfoyle.

In March 2013 an inquest was held into the death of Mr Guilfoyle and a verdict of unlawful killing was delivered. The Coroner praised the professionalism of the constabulary and thanked them for not closing the case.

There are currently no CCTV appeals for this area.