The investigation into Charlene Downes’ disappearance and death is one of Lancashire Constabulary’s longest running investigations and is one to which we remain committed.

Charlene was 14 years old when she was reported missing from her home in Blackpool on 3 November 2003. On 1 November 2003, the day she was last seen, Charlene had spent some time with her sister. They had been to the Promenade and played on the fruit machines at Coral Island amusement arcade before heading to a McDonald’s restaurant. 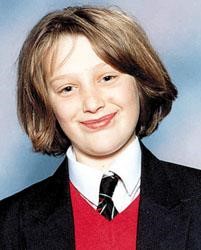 Around 6.45pm, they walked up to Church Street where their mother was handing out leaflets and they went to say hello to her. The three chatted before Charlene’s sister decided to go home. Charlene called some friends in the phone box on Leopold Grove and met up with them before saying goodbye to her mother. The girls went off together. Charlene stayed with them for a short while before leaving in the direction of Caunce Street. It is not known what Charlene did for the next hour or so, but she did meet up with another friend.

CCTV footage shows Charlene with her sister Rebecca on Bank Hey Street in Blackpool town centre at 3.25pm on the afternoon of Saturday, November 1st 2003. The pair are walking towards the Coral Island amusement arcade.

Shortly after these images were captured Charlene returned home but then went back out into Blackpool town centre later that evening and from there she disappeared. The clothes she is wearing in this footage are the same as when she vanished.

Around 9.30pm Charlene and her friend went to the Carousel bar on the North pier. They didn’t stay long and headed back into the town centre before parting company near Talbot Road/Abingdon Street around 11pm.

A “Proof of Death” report is thought to be the most comprehensive and detailed Proof of Death report ever produced. Despite an enormous and exhaustive investigation and all the media appeals there has been no trace of Charlene since her disappearance in November 2003.

Two men faced trial in May 2007, but the jury failed to reach a verdict. A retrial was ordered, but prior to the start of this trial in April 2008, the prosecution identified a number of issues with the evidence. As a result the Crown Prosecution Service formally offered no evidence.

There is evidence that Charlene was a victim of Child Sexual Exploitation prior to her death. We continue to investigate the wider issue of child sexual exploitation in Blackpool for which we have now secured a number of successful convictions against men who have abused vulnerable teenage girls. If you have been a victim of abuse, please speak to the police. We will listen to you, support you and bring offenders to justice.

The man leading the investigation into Charlene Downes’ death is Detective Chief Superintendent Andy Webster, Lancashire Constabulary’s Head of Investigations. His message is clear in the hunt for Charlene’s killer(s).

He said: “We remain committed to finding Charlene’s killer(s) and her body despite it being more than 15 years since she went missing. A £100,000 reward remains on offer for information leading to the conviction of her killer(s) or recovery of her body.

“We will continue to not only focus on her disappearance and murder but also on the wider issue of child sexual exploitation in Blackpool, for which we have now secured a number of successful convictions.

“I would encourage anyone who knows anything about Charlene’s disappearance and death to come forward and speak to us. Similarly if you have been a victim of abuse, please speak to the police. We will listen to you, support you and bring offenders to justice.”

A man was arrested on suspicion of Charlene’s murder in August 2017 but is no longer under investigation.

There is still a £100,000 reward on offer for information leading to the conviction of Charlene Downes’ killer(s) or the recovery of her body. The money remains sanctioned by the Police and Crime Commissioner, Andrew Snowden.

If you are a young person, you can find out more about Child Sexual Exploitation on our dedicated young persons' website here www.trusted2know.co.uk/abuse/cse/

What is the definition of business crime