(*name changed to protect her identity)

After feeling lonely for some time, Sandra, who is in her 60s, went online in search for that special someone to spend her retirement with.

Sandra had been made redundant from her job as a lecturer in another part of the UK and decided it was time to move back home to Lancashire.

It was then, after going through a separation from her then partner, that she decided to join a dating website.

But within a matter of weeks she had lost thousands of pounds in a romance scam.

Sandra recalled: “I was taken in because I had let my guard down, I was quite vulnerable during that time and the man I met took complete advantage of that.

“I think of myself as an intelligent woman and I am naturally suspicious so I never for a moment thought that I would be scammed in the way that I was, but I was.

“When I first started speaking to Jeremy he was such a romantic. He was an American from West Virginia currently in Lancashire to trace his family history.

“I used to really look forward to his calls and he would say all the things a woman wants to hear, how they will look after and take care of you, that sort of thing.

“We had arranged to meet and it was really exciting. Then a few days beforehand he rang frantically saying that he had to go to Ghana in place of his friend whose family had been hurt in a car accident in Canada. He had to go to arrange collection of medical supplies for a new hospital that they were involved in building there.

“It was all very last minute and he talked about having to get his dog into kennels and lots of details around getting a last-minute visa and that sort of thing.”

It was when he had apparently arrived in Ghana that the requests for money began, starting with just £20 to top up his pay as you go mobile phone.

Further requests for hundreds and then thousands of pounds followed with stories about how his friend had let him down over missed payments for the 'hospital build.'

The final requests were supposedly to cover medical bills and a flight back to the UK after he claimed he had been in a car accident.

“It was then I realised that this had all been a scam,” Sandra explained. “I’d just transferred some money to cover his flight home and when he failed to call once his flight had supposedly landed I knew something wasn’t right.

“When I realised what had happened, I felt like the bottom of my world had fallen out. I have always been a kind person and often volunteered in my free time, so when this man, who seemed so genuine, had needed me, I naturally wanted to go to his aid.

“I would urge anyone who goes online to meet someone like I did to please be mindful if you are asked to quickly leave the dating platform and go onto your own phone numbers. If you meet someone genuine they will happily stay on the dating app as they will have nothing to hide.

“Another thing which should have been a warning sign but I didn’t pick up on it is that we never had a video call and so when I look back I never had any proof that he was actually who he said he was.” 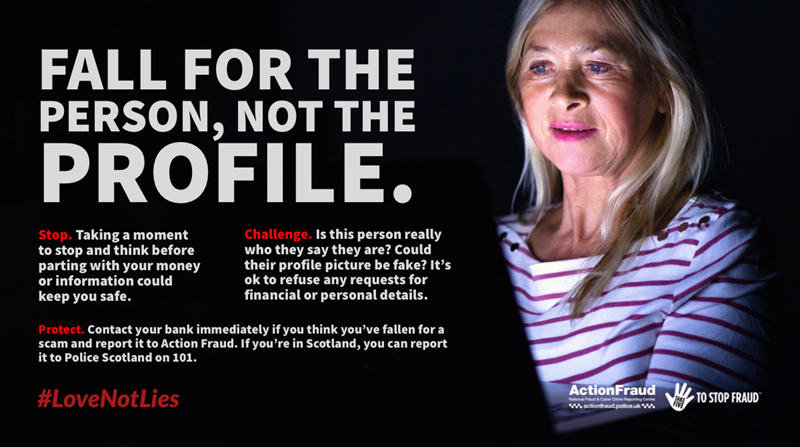 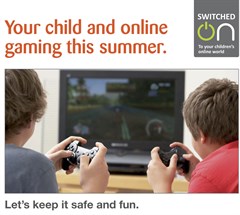 Online gaming can be great for children especially during the holidays, but it's easy for it to become all consuming and for parents to lose track of what their children are upto.

Recent research shows that many parents have concerns about online gaming and are worried that their child has disclosed personal information, spoken to strangers or been bullied whilst online

Get Safe Online has some fantastic advice on how to minimise the risks associated with online gaming - check out their website.