A RETIRED social worker has been jailed for 19 years after he was convicted of historical sex offences.

Raymond Griffin, 59, of Brisbane Place, Thornton Cleveleys, was found guilty following a trial in July of ten counts of historic rape and indecent assault against a 16 year old female former resident of a Blackpool Children’s home in Bispham.

The now adult victim had complained to the police of the historic offences which had occurred both within the confines of the Children’s home and at various locations in the Blackpool area in the mid-1990s.

The case was investigated by Lancashire Constabulary’s Operation Fervent team, a unit set up by the Constabulary in January 2015 to investigate Historical Child sexual abuse. 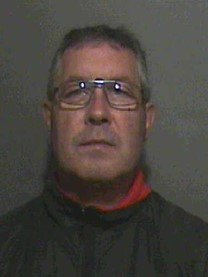 The team’s Dave Groombridge said: “We welcome the sentence today which reflects the gravity of these offences.

“Raymond Griffin abused his position to target and prey on a vulnerable victim to satisfy his own depraved sexual desires. The impact of these crimes on the victim cannot be overstated.

“All credit must be given to the victim who was brave enough to report the offences against her and carry it through to a trial where Griffin forced them to re-live their ordeal by denying all the allegations against him.

“Lancashire Constabulary remains committed to investigating offences of this nature, no matter how historic, and no matter what the role, position and status of the alleged offender, and we would encourage anyone who has been a victim of a sexual offence to come forward safe in the knowledge that they will be treated sensitively and professionally.”

Griffin was convicted of six indecent assaults and four rapes, all committed between December 1996 and May 1997. Two further counts of rape were discharged by the judge at the beginning of the trial.