DETECTIVES have launched a manhunt after a pensioner was brutally assaulted in her own home.

The 88 year old woman was asleep in bed at her home on Aspen Gardens, Chorley when she was woken up at around half past midnight this morning (Saturday, August 26th) to find a man assaulting her and demanding money.

The attacker pulled her from the bed and the assault continued. He also ransacked the house before making off.

The victim managed to crawl to a neighbour's house and the police were called.

She was taken by ambulance to Wigan Hospital suffering from a number of injuries which are thankfully not life threatening. 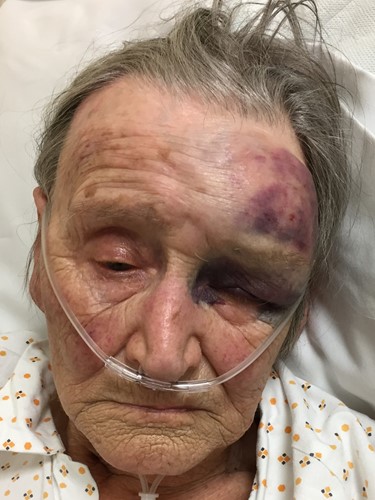 The attacker is described as a young white man who spoke with a local accent. A manhunt is now underway for him.

Extra police patrols are in the area while enquiries continue to locate the attacker.

Detective Inspector Warren Atkinson, of South CID, said: "This was a brutal and sustained assault on an elderly lady in her own home. The level of gratuitous violence used on this vulnerable woman simply beggars belief and it is a miracle she was not more seriously injured.

"We are actively seeking this offender and we have a number of enquiries which we are pursuing to find him but I would appeal to anyone in the community who knows who this man is to get in touch with us. I am appealing specifically to members of the criminal fraternity to provide me with information to identify this cowardly attacker."

Anyone with information should contact police on 101 quoting log number 0055 of today (Saturday, August 26th) or independent charity Crimestoppers on 0800 555 111.