Detectives investigating an incident where a 13 year old girl was sexually assaulted in Blackburn have released new CCTV footage in a fresh appeal for information. 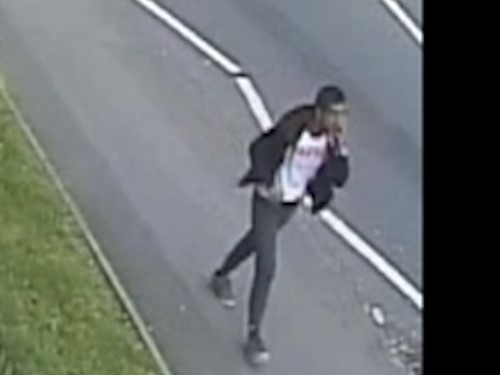 The incident happened at around 7pm on Wednesday, June 14 when the teenager was walking along North Road towards Shadsworth Road.

A man was seen walking behind her and as she got to Shadsworth Road, the man caught up with her and engaged her in conversation. The girl crossed the road and walked towards Skye Crescent where she was grabbed from behind by the man. The girl punched him before running away and the man also ran from the scene.

The man is described as Asian, approximately 20 years old, slim build with black hair that was longer on the top. He was wearing black rimmed glasses.

DC Lisa Bennett of Burnley CID said: “This is a shocking incident where a 13 year old girl has been sexually assaulted by a man who caught up with her as she walked along the pavement and began to talk to her before grabbing her from behind. Thankfully she was able to fight the man off and run away.

“Our investigation remains on-going and we are really keen to hear from anyone who was in the area at the time or who recognises the man pictured in the footage. It is vital that we trace this man and if you can help us with our enquiries then please get in touch with us as soon as possible.”

Alternatively independent charity Crimestoppers can be contacted anonymously on 0800 555 111 or online at Crimestoppers-uk.org.