A FORMER police officer has today (Friday, October 20th) been jailed for three years after he was convicted of voyeurism.

Jayson Lobo, 48, of Woodfold Park, Mellor, was found guilty of 11 counts of voyeurism relating to seven women following a trial at Liverpool Crown Court last month. He was cleared of a further seven counts.

He had denied all the charges.

He was sentenced at Liverpool Crown Court where he was also ordered to sign the Sex Offenders Register and given a Sexual Harm Prevention Order. 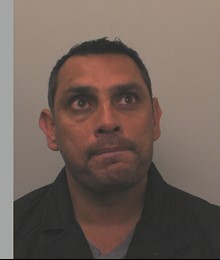 During the trial Liverpool Crown Court heard that Lobo had secretly filmed women with whom he had been in sexual relationships between 2011 and 2015 and stored the images and videos on secure ‘vaults’ on his mobile phones.

The offending came to light following a complaint to police in 2015 and following an extensive investigation the other victims were revealed.

None of the offending was committed while Lobo was on duty, although he did identify himself as a police officer on the internet dating site where he met most of the women.

Lobo, a former Lancashire police constable, was sacked from the force for Gross Misconduct in August 2016 after a Special Case Hearing found he had shared details, commentary and images from police incidents. This misconduct was entirely unconnected to the criminal matters.

The judge at Liverpool Crown Court told him he had used the women to satisfy his sexual appetite and caused lasting damage to them.

Lancashire's Deputy Chief Constable Sunita Gamblin said: “Firstly I would like to thank and commend the victims in this case for having the bravery to come forward and report these allegations to us. Today’s outcome would not have been possible without them.

Police officers are expected to adhere to the highest standards of behaviour in both their public and private lives and Jayson Lobo has clearly failed to adhere to those standards. He has risked undermining the public’s confidence in the police service as a whole and the fantastic work undertaken every day by the vast majority of our staff.

We will continue to proactively target malpractice and wrongdoing in Lancashire Constabulary, as we did with this case, to ensure that the communities we serve can have confidence and trust in us.”