A FORMER football coach has been jailed after he was convicted of indecent assault against two boys. 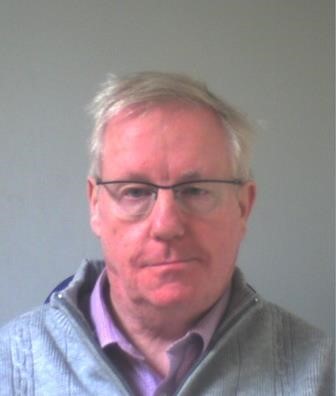 Paul Whelan, 57, previously of Maida Vale, Thornton Cleveleys, admitted in August three charges of indecent assault, two against one boy and one against the other.

The offences were committed when Whelan was a coach at two different youth football teams over periods in the mid-1970s and mid-1990s.

Whelan was a football coach at a junior football club called Churchill’s in Thornton in 1975-1977 when he sexually abused a young boy who played for the team.

Whelan coerced the boy, aged between 8-10 years, to his home address in Thornton on the pretext of providing first aid following a football match and suggesting that the complainant might want to assist him in an anatomy course he falsely claimed he was doing at college. The vulnerable youngster suffered a number of indecent assaults believing that this would enhance his position in the team and court favour with the team coach.

A second victim reported being aged 14-15 years in the mid-1990s and playing for Wyre Junior’s in Thornton where Whelan was both manager and coach. Whelan suggested that additional training sessions would significantly improve the victim’s chances at succeeding at this level of football and coerced him to his home address. The training sessions involved the victim completing a number of stretching and exercise movements during which he was indecently assaulted.

Both victims describe how their lives have been adversely influenced by their childhood experiences and most notably how they had to forfeit the game they loved at such an early age.

Chris Scott, from Lancashire’s Operation Fervent, which investigates historical abuse cases, said: “Paul Whelan exploited his position and the hold he had over these youngsters to abuse them to satisfy his own depraved sexual desires. Both victims describe how their lives have been adversely influenced by their childhood experiences and most notably how they had to forfeit the game they loved at such an early age.

“I commend the victims who were brave enough to report the offences against them and see this through the judicial process.

“Lancashire Constabulary remains committed to investigating offences of this nature, no matter how historic, and no matter what the role, position and status of the alleged offender, and we would encourage anyone who has been a victim of a sexual offence to come forward safe in the knowledge that they will be treated sensitively and professionally.”