A MAN has been jailed for 18 months after an investigation by Lancashire Constabulary’s Sex Offenders Management Unit.

Scott Allan Henderson, 30, was convicted at Preston Crown Court on 13th April 2012 of engaging in sexual activity with two boys under 16 when he contacted them over a webcam and exposed himself to them. He was also found to be in possession of Indecent Images of Children. He was jailed for 40 months, although this was later reduced on appeal.

At the time of his conviction Henderson, of Barn Meadow, Clayton Brook, was mascot for Blackburn Rovers Football Club called “Roar the Lion.” 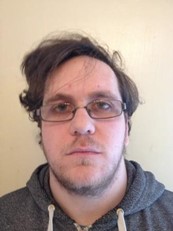 Following his release from prison Henderson was managed by Lancashire Constabulary’s Sex Offenders Management Unit and during a visit by officers to his home in September 2016 he was found in possession of previously undisclosed internet enabled devices.

When the officers inspected the devices they discovered contact with a 12 year old boy via Facebook and X Box which placed him in breach of the Sexual Offences Prevention Order given on sentence. Further indecent images of children were also found.

Henderson was arrested in August 2017 and bailed pending a decision on charges. During that time police were contacted by the parent of a 14 year old boy who had been contacted by someone on Snapchat using the name ‘undrawingtiger’

A second investigation began and Henderson was identified as the person who used that name. He was arrested for a second time and charged on 28th November 2017 with one breach of his Sexual Offences Prevention Order.

Henderson was subsequently charged with four more breaches of his SOPO plus two counts of Making Indecent Images of Children in relation to the September 2016 offences. He was charged on February 15th 2018 and appeared at Preston Magistrates Court on February 22nd where he pleaded guilty to all charges.

He was sentenced at Preston Crown Court today (Tuesday, April 17th) to a total of 18 months in prison.

DC Dan Perkins, of South SOMU, said: “Sex offender management is an unseen side of policing but a crucial one in both preventing re-offending and, as in this case, uncovering further offending when it occurs.

“Protecting children and vulnerable people from sexual harm is a key priority for us and our partners and we will continue to manage sex offenders in our communities to mitigate the risk they pose.”