A DRIVER who was texting just moments before he collided with a group of young people has today (Tuesday, August 7th 2018) been jailed for six years.

Mohmed Salman Patel, 26, of Carham Road, Blackburn, was driving his blue BMW 320 saloon car towards Preston at around 6.40pm on April 20, 2016, when he struck the group close to Lower Brockholes Farm on the A59 Brockholes Brow.

Rachel Murphy, 23, and Shelby Maher, 17, both from Preston, died as a result of the collision. A 15-year-old girl was also injured and treated at hospital. 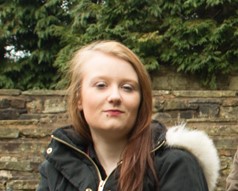 Analysis of Patel’s mobile phone, seized after the collision, showed he both sent and received a text message from his girlfriend just seconds before the impact.

He was disqualified for driving for nine years.

Supt Julian Platt, of Lancashire Police’s Tactical Operations, said: “This is a tragic case where two young women lost their lives, with another girl injured. My thoughts and those of my colleagues remain with the families, friends of the victims and all of those affected by this appalling incident.

“Mohmed Patel must live with the results of his actions, knowing that he has taken the lives of these two young women. I hope that this terrible case will at least act as a deterrent for anyone who still thinks it is acceptable to use a mobile phone while they are driving.

“The message is clear and simple – do not use your mobile phone while behind the wheel. Just taking your eyes off the road for a second or two to check a text, an email or a social media post can have devastating consequences both for you and for others.”

“Rachel was 23 years old, she was just starting out in life. When I was told that Rachel had been killed I couldn’t believe it, my world ended at that point. I just wanted to be with her, I wanted to die so I could be with her. She shouldn’t have died, she was too young to die.

“I am constantly thinking what she is doing. She should still be here with her family. I still look for her outside playing football, I still look for her at the local shop. I worry about her all the time. I still think she is here and often go to my phone to ring her. I can’t accept she is gone.

“Rachel’s brother Adam (6) pines for her, he misses her terribly. He talks about Rachel on the way home from school. He says that she is thirsty and we have to buy a drink and leave it on her grave.

“I cannot explain what trauma this accident has caused. Our lives have been completely devastated by the actions of the driver of that car on that day. We will never forget Rachel.”

I was blessed to be in the operating theatre and be present at the birth of my beautiful blonde haired, blue eyed granddaughter. I watched her take her first breath in this world at 11.10am weighing only 5lbs.13oz.  I was the first person to hold our special bundle, I looked at her and I loved her instantly.  My daughter Melanie, Shelby’s Mum, lived with me.  We brought Shelby home and between Melanie, myself and my son Lee, we started a new chapter in our lives.  It was chaotic at times but a new baby brought love and laughter into our lives

In 2014, Shelby's Mum gave birth to a healthy baby girl. Shelby gave her the name of Amy and no one got a look in with Amy when Shelby was around.  She would carry her and sing to her.  Shelby taught her to sing songs, her favourite one was twinkle, twinkle little star.  I believe Shelby was trying to protect Amy in her own special way.  She amazed me as she had a heart so big.  We often talked about everything like what jobs she would like to study for, where she would like to travel to, learning to drive, marriage, to starting a family.  She even knew what names to call her first child.  College was going good and she was in a band.  They were starting to do some gigs and she was a bit scared but excited to perform.  Shelby was writing songs and singing at home most nights.

Every day is a battle for me to appear normal, all the while my soul is screaming “My Granddaughter is dead”. The unbearable pain is always there.  I literally feel like my heart is broken and I know the heartache is here to stay.

Shelby is on my mind constantly and it’s never going to get better or any easier. Our lives have changed completely, changed forever.  Now every day is a battle trying to appear normal with family and friends as the unbearable pain is always there.

I truly miss all the little things about Shelby. Right from getting her out of bed in the mornings for college, to before she left the house I would without fail hug and kiss her and tell her that I loved her.  I miss the feel and smell of her in my arms when I gave her cuddles, she got plenty of those off me. I felt she needed them. I cry for the life and life experiences she'll never have.  She was going to be a children’s advocate and her interview for that was being set up before the crash.  I will never see her get engaged, or married or have her own children.  No future grandchildren for her mum and no great grandchildren for me.  A whole new generation of our family history is now gone. I miss her greatly. I will miss her every day for the rest of my life.