A man wanted as part of an investigation into county lines drug gangs has been found.

Christian Cook, 19, originally from Manchester was found at an address in Blackpool and has since been charged with conspiracy to supply a class A drug. He has been remanded to appear at Blackpool Magistrates' Court on January 2nd.

A second man is still being sought by police. James Dickson, 29, also originally from Manchester, is wanted in relation to his alleged involvement in the supply of drugs into Blackpool. He has also had three warrants issued for his arrest at Blackpool Magistrates’ Court on August 13th and September 4th for failing to appear for motoring offences and September 19th for breaching a court order.

The search follows a series of arrests and charges as part of Operation Mallard, which has already seen eight men and two women charged with conspiring to supply Class A drugs, namely heroin and crack cocaine.

Addresses in Blackpool and Manchester were visited and searched as part the of activity.

Various items were seized during the raids including mobile telephones, SIM cards and cannabis.

Dickson has links to Blackpool and Manchester. He is described as white, 5ft 11ins, of medium build with short brown hair.

Anyone with information can call 01253 604651 or if they fail to get an answer, 101, and ask for Lancashire Police.Alternatively, independent charity Crimestoppers can be contacted anonymously on 0800 555111 or at crimestoppers-uk.org.

If you know anything about drugs in your area, you can speak to a local officer, ring 101 or report information to us online on our website lancashire.police.uk/doitonline.

For more information on what county lines is, what is being done about it and signs to look out for visit here:https://www.lancashire.police.uk/help-advice/safer-communities/county-lines/ 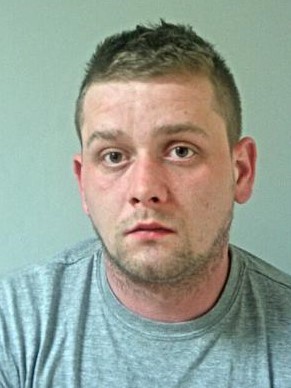