Five men have been sentenced this week for drugs offences.

The sentences follow investigations carried out under Operation Warrior – Blackpool Police’s ongoing approach to tackling organised crime in its division.

They pleaded guilty to conspiracy to supply class A drugs and were sentenced to a total of over 12 years in prison, with Jones receiving four and a half years, McKenna two and a half years and Flowers five years and 10 months.

These men were arrested between March and August 2016 as part of an investigation into the supply of drugs in Blackpool.

Under a separate investigation, two men have also been jailed for drugs offences.

The men were arrested in Blackpool in April 2017. 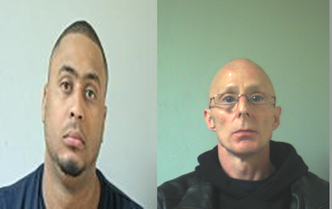 DCI Becky Smith of Blackpool Police said: “Operation Warrior is an on-going operation which is aimed at protecting vulnerable people and disrupting the activities of organised crime groups operating out of Blackpool.

“These sentences are significant and are a reflection on the value of the work we continue to do to disrupt organised criminality.

“Members of Organised Crime Groups (OCG) don’t see force borders as a barrier in their transportation and dealing of illegal drugs and neither do we when we work in partnership with other forces to deal with this sort of activity.

“We take all reports of organised criminality extremely seriously and would always encourage people to come forward if they have any information which could help us in our mission to bring OCG members to justice and make our communities safer.”