A Nelson man has been handed a seven year jail term.

Whilst on foot patrol in the Southfield area of Nelson on the 6th March 2017, a police officer witnessed a man, later found to be Ayoub, throw a package under a trailer which was parked on a driveway. Following further inspection, the package turned out to be a cigarette packet containing crack cocaine and cocaine with a street value of approximately £5000. Ayoub was arrested.

Further enquiries led to the recovery of mobile phones, cash and drugs paraphernalia. A 24-year-old woman, later identified as Michaela O’Rouke, of Robert Street, Nelson was arrested in connection with the investigation and was charged with assisting an offender. She pleaded guilty to this offence and was given a 12 month community order.

Sergeant Damian Pemberton of Pendle Police said: “This sentence is a great result for the Pendle community. The supply and distribution of drugs will not be tolerated in Lancashire, and we will continue to investigate crimes of this nature thoroughly, and bring those responsible to justice.” 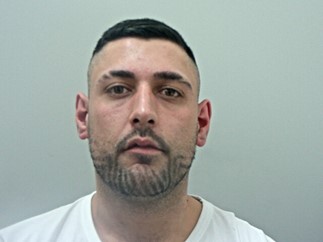