Joseph Ingham, 23, of Beech Street, Clitheroe, appeared at Preston Crown Court today where he pleaded guilty to section 18 assault. He was sentenced to 10 years in prison, with a further four on licence.

Officers were called by the Ambulance Service around 5.40am on Friday 8th December following reports a man had been found with serious injuries on Greenacre Street.

A review of CCTV revealed a prolonged unprovoked attack on the victim, by a male offender, later identified as Ingham.

Ingham was arrested by police and later charged.

The victim, 65, was taken by ambulance to Royal Preston Hospital. He suffered a number of serious injuries including a fractured skull.

Inspector Tim McDermott of Burnley CID, said: “This was a brutal attack perpetrated upon a vulnerable defenceless man and sadly left him with serious injuries. He spent a number of weeks in hospital and has been left with injuries which will severely impact his quality of life.

“I would like to extend my thanks to members of the public who came forward with information following our initial appeal. Their support undoubtedly helped us to achieve this sentence.”

The family of the victim said: “This Christmas hasn’t been an enjoyable time for us all and we are happy to see the back of 2017. We are solely concentrating on getting him better. It’s a long road but we will get there. We hope the man who did this realises the impact and devastation he has caused.

“We are pleased with the speed at which this has been concluded and also the support we have received from the Police throughout. We are also really happy with the sentence given today.” 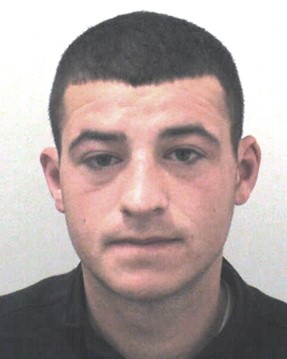