A man has been jailed following a string of serious assaults.

At 12 midday on 2nd June 2017, police were called to reports that a man, later identified as Mukhtar, had launched a verbal attack on a man as he drove down Park Road, Blackpool, shortly before reaching in to the open car window and stabbing the 45-year-old using a small knife.

The victim sustained injuries to his face and nose and had to be treated at hospital. For this offence, Mukhtar was sentenced to 18 months in prison with an extended licence for section 47 assault and possession of an offensive weapon.

A second offence occurred on 3rd June 2017 when Mukhtar has engaged in a verbal argument with an 18-year-old man on Beech Avenue in Blackpool.

He has then launched an attack on the man, stabbing him once to the torso causing injury. Mukhtar made off from the scene but was later found and arrested. He was sentenced to 12 years in prison with an extended licence for section 18 wounding and possession of an offensive weapon.

On 22nd October 2017, whilst on remand for the above offences, a third attack has been carried out on a fellow inmate at HMP Preston. Shortly after 9am, Mukhtar has launched an unprovoked and vicious attack, using a self-made bladed weapon. Mukhtar has slashed his victim across the face and arms, several times, causing serious and life-changing injuries. In relation to this, he was given a 12 year prison sentence for section 18 wounding and possession of an offensive weapon.

Mukhtar will serve his sentences concurrently.

Detective Constable Steve Talbott of Blackpool CID said: “Mukhtar is a violent and prolific offender. We welcome the sentence and hope it brings some justice to those who have been subjected to his violence.” 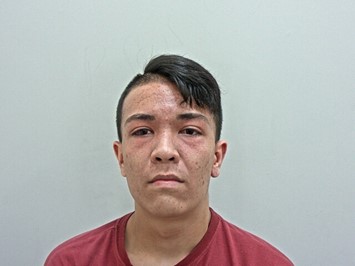