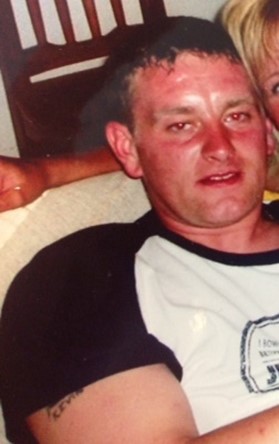 Police investigating the disappearance of Fleetwood man Kevin Ainley over 14 years ago are making a fresh plea for information.

Kevin was last seen on the Spanish island of Tenerife in June 2004 while working and living in the Playa de las Americas area.

They are particularly keen to speak to anyone who may have witnessed an altercation between Kevin and some door staff at the Café Del Moar in the early hours of June 13th.

Kevin, aged 24 when he went missing, had previously lived in both Fleetwood and Wakefield, but had moved to the tourist area of Playa de las Americas, Tenerife in March 2004.

Kevin is described as being around 5ft 8in tall with dark brown hair. He has distinctive tattoos on his arms – the name ‘Kevin’, a little devil and a Native American woman.

Garry Fishwick, Review Officer at Lancashire Police, said: “I appreciate the length of time that has now passed, but every year that comes and goes is another year of unanswered questions and diminished hope for Kevin’s family who are desperate for information.

“Kevin was well known by his friends and family for being a lively personality and we find it difficult to understand he’s simply disappeared without a trace. Somebody knows something.”

Garry Fishwick added: “June 13th – the day of Kevin’s last sighting was the same day that France beat England 2-1 with an injury time penalty in the UEFA European Championships. A popular British tourist destination like Playa de las Americas would have been a hive of activity, especially around the area of ‘The Patch’ which was popular for its bars and restaurants. I’m asking holidaymakers and expats to cast their minds back to that day and think if they saw anyone matching Kevin’s description in the hours leading up to his disappearance.”

“We’re also keen for information about the events leading up to Kevin’s last sighting. We believe Kevin was involved in an altercation with some men at the Café Del Moar where he had been drinking with a friend. We haven’t been able to trace the men involved and would appeal to them, and also anyone who saw the altercation, to speak to us as they could hold vital information.”

Following Kevin’s disappearance, an investigation was launched in Spain, while officers in Fleetwood assisted by following up several lines of enquiry in the UK. However, these were exhausted without any answers.

In 2005 two officers from Lancashire travelled to Tenerife to offer assistance to local police, but were unable to identify what had happened to Kevin.

A Lancashire Constabulary review of the case in 2012 also failed to establish Kevin’s whereabouts or what had happened to him.

Kevin’s sister Gemma Brooke, said: “I struggle more on the anniversary now as it’s been so long and each year that passes is a hurtful reminder that things lay unanswered. I can’t comprehend that 14 years can go by and we are no clearer on the circumstances surrounding Kevin’s disappearance.

“Someone has the answers but chooses to keep it to themselves. Will we ever know? It’s a dull ongoing pain we face.”

Garry Fishwick added: “Anybody who thinks they know something is urged to get in contact with us, and we will pass on the information to our colleagues in Spain who we continue to liaise with through Interpol and the British Embassy.”

Alternatively Crimestoppers can be contacted, anonymously, on 0800 555 111.