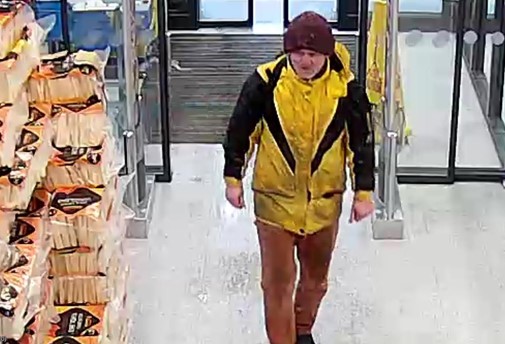 We would like to speak to him following an incident in Blackburn.

We were called at 14:07 on Saturday 20th January to a report of a racially aggravated assault on a member of staff at Aldi in the Peel Centre.

It was reported that a worker was stacking shelves at the shop when an unknown offender started shouting abuse of a racially offensive nature towards him, before blowing his nose onto his head.

PC Ahmed Desai of Blackburn Police said: “We are investigating reports of a racially aggravated assault and would urge anyone with information to come forward. This has been a completely unprovoked attack and behaviour of this nature will not be tolerated. This happened on a Saturday afternoon when the store would have been very busy and we’d like to ask shoppers to cast their mind back to this date.”

Anyone with information, or who recognises the pictured man, is asked to call police on 101 quoting log number 742 of 20th January.