We are appealing for witnesses after two men were attacked with knives during a street assault in Darwen. 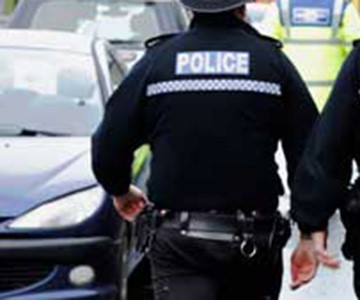 Police were called around 5.30pm on Wednesday (March 21) following reports of a public order offence in Kay Street.

Two men aged 22 and 21, both from the Darwen area, reported they had been attacked at knifepoint by three men.

The 21-year-old man suffered injuries to his face and hand, with both victims making off from the scene.

Detectives believe a number of people were in the area around the time of the offence and are appealing for witnesses to come forward.

Det Con Martin Vernon, of Blackburn CID, said: “This is an extremely serious offence and we want to find those responsible as soon as possible.

“While both victims have come away relatively unharmed, both were subjected to a vicious attack involving the use of knives and were lucky not to have suffered more serious injuries.

“Due to the time of day, we know a number of people were in the area and believe they can assist with our enquiries.

“If you saw two men being attacked in the Kay Street area around the time of the offence, please contact us.”

Independent charity Crimestoppers can be contacted anonymously on 0800 555111 or online at crimestoppers-uk.org.