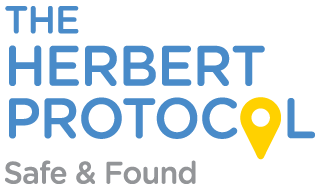 We have chosen Dementia Action Week to launch a new initiative designed to help safeguard people with dementia.

Working in partnership with Alzheimer’s Society, Lancashire Fire and Rescue Services and North West Ambulance Service we have launched the Herbert Protocol in Lancashire; a scheme designed to assist the search process when vulnerable people go missing.

The Protocol involves families pre-preparing information on loved ones, including descriptions and places they are known to visit, so that should they go missing, Police have all the essential information they need to hand to help with their investigation. The scheme, which is already up and running in other parts of the country, will not only assist officers but also reduce the stress on family and friends in the event of a missing person’s enquiry.

Commenting on the initiative, Inspector Christina Shorrock from Lancashire Police said: “With an ageing population, dementia is something that will inevitably affect us all, either personally or professionally or both.

“As such, I’m very pleased that we are working in partnership with Alzheimer’s Society, Lancashire Fire and Rescue Services and North West Ambulance Service, to promote this programme which aims to safeguard some of the most vulnerable members of our community and reduce stress on families in the event of a loved one with dementia going missing.

“It’s just one of a range of different initiatives being undertaken by the Constabulary as part of our commitment to being a Dementia Friendly Organisation.”

Alison Wakefield, Dementia Friendly Communities Officer Alzheimer’s Society in the North West, said: “We are delighted that Lancashire Constabulary is uniting against dementia this Dementia Action Week by introducing the Herbert Protocol for the 16,280 people living with dementia in Lancashire.

“People with dementia are particularly vulnerable if they go missing from a care home or other familiar setting. They may be trying to find their way back to their home or somewhere else from their past life that they have happy memories of, but can quickly become confused and completely lost.

“This new scheme ties in to Dementia Action Week nicely which is calling on everyone to take actions, big or small, to make a huge difference to people affected by dementia. It will enable officers to act quickly to find someone who has gone missing and hopefully minimise the distress this can result in for the individual and their family, shaping Lancashire to be a better place for people with dementia to live.”

Lancashire Police & Crime Commissioner Clive Grunshaw said: "I'm delighted to see Lancashire Constabulary build on the work that they have already done to support those with Dementia, by launching this initiative during Dementia Action Week.

"Supporting vulnerable people is a key priority in my police and crime plan and the Herbert Initiative is a clear example of this in action, highlighting a commitment to offer support for those who need it and prevent vulnerable people from becoming victims of crime."

More details can be found on the Herbert Protocol webpage.