TWO people have today (Friday, November 16th) been sentenced for causing or allowing the death of a nineteen-month old girl.

Ellie May Minshull-Coyle died after she was caged and forcibly restrained inside a cot at her home in Lostock Hall, near Preston.

A jury at Liverpool Crown Court heard how on the night of March 22nd/23rd 2017 blankets & ligatures were used to tie the toddler into her bed. A duvet was then placed over her meaning that she was unable to properly regulate her body temperature. At some point she stopped breathing and her heart stopped.

Police were called to the address on Ward Street on March 23rd 2017 by paramedics who were treating Ellie May. She was taken to the Royal Preston Hospital but sadly died a short time later. 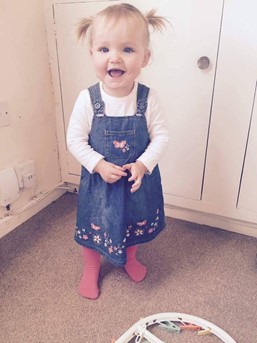 A post mortem examination concluded the cause of death was “forcible restraint by ligatures in a facedown position complicated by hyperthermia”.

They were each jailed for 10 years. 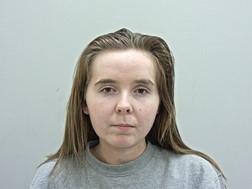 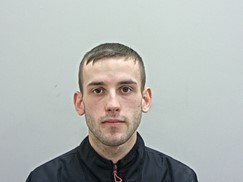 Detective Chief Inspector Zoe Russo, of the Force Major Investigation Team, said: “Ellie May was 19 months old at the time of her death, she was a lively and energetic toddler.

“At that time she was living with her Mother Lauren Coyle and her then boyfriend Reece Hitchcott. Ellie-May was in the care of the very people that should have loved, cared and protected her.

“Today at Liverpool Crown Court, Lauren Coyle and Reece Hitchcott were sentenced for causing or allowing the death of Ellie-May by caging and restraining her in her cot which then meant she could not breath properly and sadly subsequently died.

“This case has been very distressing for all parties concerned, particularly the family of Ellie-May. I would like to thank Ellie-May’s Father and Grandparents for the dignity with which they have conducted themselves throughout the investigation and trial.

“I hope the sentence means that they feel some level of justice for the death of Ellie-May has been achieved and my thoughts remain with them.

“My thanks are extended to the wider prosecution team, the expert witnesses, the live witnesses at court and the jury, who at times had to endure some extremely distressing material

Brett Gerrity, Senior Crown Prosecutor from CPS North West said: “Lauren Coyle and Reece Hitchcott have been jailed today for seriously neglecting Ellie May and causing her death. They denied all responsibility and blamed each other but together CPS and police built a strong case and presented the evidence to the jury that proved they were to blame.

"This was a tragic case in which a young toddler who should have been safe and secure at home needlessly lost her life.  I hope today that Ellie May’s loved ones are able to gain some comfort that justice has been served."‎