Do you recognise this man? We want to speak to him in connection with a sexual assault in Fulwood. 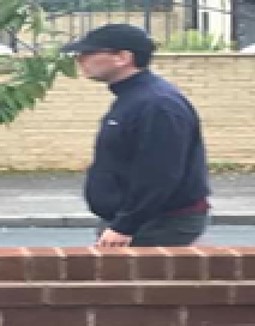 Around 5.30pm on October 3, a 13-year-old girl was walking on Black Bull Lane, close to the One Stop store, when she was approached by a man.

The man sexually assaulted the girl, with the teenager shouting at a member of the public for help. The attacker then made off from the scene.

The offender was described as wearing black clothing with blue trainers and a dark coloured baseball cap.

Following enquiries police are keen to identify this man (pictured) in connection with the attack.

Sgt Scott Archer, of Preston Police, said: “An investigation is underway after a girl was sexually assaulted in Fulwood.

“We are keen to trace this man – do you know who he is?

Alternatively independent charity Crimestoppers can be contacted on 0800 555 111.