Four men jailed for 100 years for murder of Blackburn dad

The heartbroken family of a ‘well respected and dearly loved’ Blackburn dad has paid tribute to him, as four men are jailed for his murder.

Police were called at around 10.35pm on November 27th 2018 to reports of violent disorder on Rhyl Avenue, Blackburn.

Two men were seriously injured during the incident which involved weapons including an axe and machete. Officers attended and Sajed Choudry, 43, was found at the scene with a number of serious injuries.

Mr Choudry was taken to hospital for treatment but sadly died from his injuries on December 13th.

A post mortem examination established that he died as a result of his head injuries.

His son, Ahsan Choudry, 24, suffered a significant injury to his hand whilst trying to protect himself.

Four men have today (19 August) been jailed for a total of 100 years after a jury found them guilty of their involvement in killing Sajed and seriously injuring Ashan.

All four were handed life sentences in respect of the murder and will serve minimum terms before they are eligible to apply for parole.

A boy, who cannot be identified for legal reasons, was convicted of manslaughter and section 20 wounding following the trial. He is due to be sentenced on Tuesday 17th September.

Paying tribute to Sajed, his family said: “Sajed was the heart of our family and was loved dearly and well respected. We have been left heartbroken and absolutely devastated by his passing, as have the many people whose lives he touched. He was always there for his family and would make time for anyone who needed it. We are still struggling to come to terms with the cruel way in which Sajed was taken from us and ask that we are given the time to grieve our loss in private.” 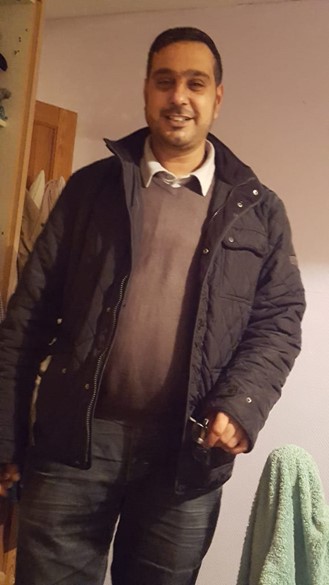 Detective Chief Inspector Pauline Stables of Lancashire Constabulary, said: “We welcome the lengthy prison sentences handed out today which reflect the serious nature of the incident which has ultimately destroyed the lives of everyone involved and had a huge impact on the local community.

“It is clear that taking to the streets with weapons of any kind to settle disputes can have devastating consequences for everyone.

“This has been a complex and lengthy investigation and my thanks go out to all the officers and staff involved in working to seek justice for Ashan and Sajed. I would also like to commend the jury for their attentive approach to this trial and their careful deliberations.

“My thoughts and those of my team are very much with the Choudrys at this difficult time and I hope that the results today will give them some form of closure.”

Sentencing the four men, His Honour Judge Dove, said: “You were all responsible for the devastating consequences of that evening.

“Sajed Choudry was a strong family man who was clearly loved and respected. By your actions you have left a void in his family which will never be filled.

“The pain and anguish that you have caused to so many is incalculable.”

Sarah Gallagher, Senior Crown Prosecutor said: “This was a very alarming incident which escalated in violence and resulted in murder.  The group of men sentenced today were armed with weapons and intended using them.

“The CPS and Lancashire police worked closely together to prove to the jury that they each played a part in the violence that led to Sajed Choudry’s death and the serious injuries suffered by his son.

“The sentences handed out today show the terrible consequences of taking the law into your own hands to settle a dispute.  Sajed Choudry’s family and friends have been left devastated by their terrible loss. Our thoughts and condolences remain with at this time."