Detectives are continuing their murder investigation following the death of a woman in Blackpool. 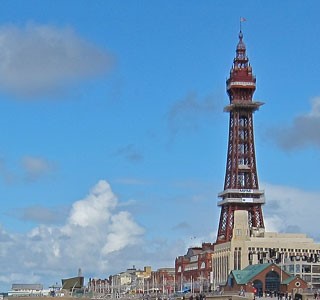 Police were called around 6pm yesterday (Wednesday, September 4) to an address on West Park Drive.

Emergency services attended with the body of a woman found inside the property. The woman, who had suffered serious head and facial injuries, was sadly pronounced dead at the scene.

While formal identification has yet to be carried out, she is believed to be Marlene McCabe, 71, from Blackpool.

A Home Office post mortem to establish a cause of death will be conducted in due course.

A 25-year-old man from Blackpool was arrested at the scene on suspicion of murder and remains in police custody.

Detectives are continuing their enquiries and urging anyone with information to come forward.

Temp Det Ch Insp Zoe Russo, of Lancashire Police’s Force Major Investigation Team, said: “These are tragic circumstances and my thoughts are very much with Marlene McCabe and her family.

“They are being supported by specially trained officers at this extremely difficult and distressing time.

“While we have made an arrest, we are continuing with our enquiries and would ask anyone with information relevant to the investigation to come forward.

“It is believed both parties were known to each other and I would like to reassure the community there is no wider threat.

“I would also like to thank residents in the area for their support and patience while we continue our investigation.”

Anyone with information should call 101 quoting log 1113 of September 4.

Alternatively independent charity Crimestoppers can be contacted anonymously on 0800 555 111 or online at crimestoppers-uk.org