We are appealing for information following an aggravated burglary in Poulton. 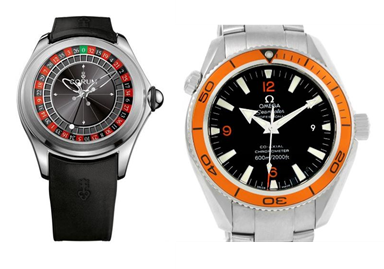 It happened on Sunday 1st December between the hours of 8:00pm and 8:40pm.

It was reported that two offenders have forced entry to an address on Garstang Road West. Once inside, they have assaulted the victim, a man in his 70s. Fortunately he wasn’t injured.

They then stole a number of expensive watches, including a Rolex, Corum and Omega.

The two offenders are described as being white, 20-25 years old, between 5ft 7in and 5ft 9in tall. They were wearing all dark clothing. One of the offenders is said to be taller and bigger in build than the other.

Police are urging residents in the area to check their CCTV.

DC Adam Townsend of West CID, said: “This is an absolutely despicable crime which has understandably left the victim very upset. Although expensive, the watches hold sentimental value too which makes it all the more distressing.

“We need to locate the stolen watches and find the people responsible. Do you recognise the watches in the pictures? If you have been approached by anyone trying to sell something like this, please let us know as soon as possible.

“Likewise, if you saw anybody acting suspiciously in the area around the time of the burglary, or have any relevant CCTV footage, we need to hear from you.”

Anyone with information should call 101 quoting log number 1263 of 1 December.