A MAN has been jailed for 13 years after he was convicted of slashing a man across the throat in Preston on Christmas Day. 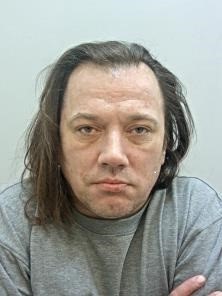 Police were called by the ambulance service at shortly before 9am on Christmas Day 2018 to a report that a 37-year-old man had been stabbed on Eldon Street, Preston.

The victim was taken by ambulance to the Royal Preston Hospital with serious injuries to his nose and throat and needed surgery.

Police launched an appeal to trace Givens, of Blackpool Road, and he was arrested on December 29th.

Detective Inspector Nick Hills, of Preston CID, said: “This is an excellent sentence which reflects the gravity of this serious offence. The victim was left with some very significant wounds as a result of this attack and was fortunate to have survived his injuries.

“This was a challenging investigation which was ultimately successful through the hard work of the investigation hub at Preston and which means a dangerous offender is off the streets of Lancashire for a significant period of time.”