Have you seen Charles Fox?

We are growing concerned about Charles after he went missing on October 31st and hasn’t been seen since.

He was last seen mid afternoon on October 31st in Church Street, Lancaster by a friend.

He is described as white, slim, five ft nine ins tall, with short dark hair and a beard. He has tattoos on his arms. He was last seen wearing a pink t-shirt and khaki jogging bottoms. 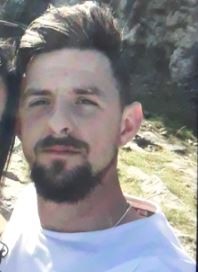 PC Aimee Monk, of West Police, said: “We are growing more worried about Charles as the time passes and I would appeal for anyone who sees him or knows where he might be to get in touch. I would also urge Charles himself to contact us if he sees this appeal.”

Anyone with information should contact police on 101 quoting log number 1549 of November 1st. For immediate sightings call 999