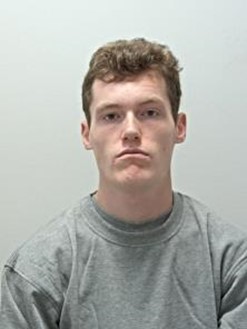 A teenager has been sentenced to six years and nine months in a Youth Offenders Institution for the attempted rape of an elderly woman.

We were called shortly before 5am on Sunday, August 4th to reports an unknown male had been found in a room of New Thursby Nursing Home on Clifton Drive with a resident.

The man forced entry through a ground floor window. He was disturbed by a member of staff and then left through the same window.

Following appeals for information, an 18 year old man was arrested and later charged in the connection with the investigation. Josh Howarth, 18, of Gisburn Avenue, St Annes pleaded guilty to attempted rape at an earlier hearing.

Howarth appeared before Preston Crown Court today (4 November) where Judge Lloyd sentenced him to six years and nine months in a YOI with another three years and three months on licence.

He was also placed on the Sex Offenders’ Register and subject to a Sexual Harm Prevention Order.

Sadly the victim died last month. Her death is not related to this incident.

Detective Inspector Jamie Lillystone, said: “This was a sickening attack on a vulnerable elderly lady at a place where she should have felt safe. Howarth went to great lengths to break into her bedroom and had intentions of carrying out the most despicable crime. The only consolation is that he was disturbed by a member of staff, but nonetheless this was an extremely traumatic experience. Haworth’s actions were predatory and dangerous. He will now spend a significant amount of time behind bars.

“Sadly the victim is not here to see justice being served today in the form of a lengthy custodial sentence, but I hope the outcome goes some way to giving her family some peace and closure. I commend them for their bravery throughout the whole process.”