DETECTIVES are appealing for information after an arson gutted a house in Burnley.

And police say it is only a matter of chance there were no fatalities as the house happened to be empty at the time of the blaze.

Police were contacted at about 10.15pm yesterday (Monday, August 17th) to reports of a fire at the property, which is split into two flats, on Sharp Street in the town.

The fire is believed to have started in the rear yard from debris being ignited and spreading into the building. 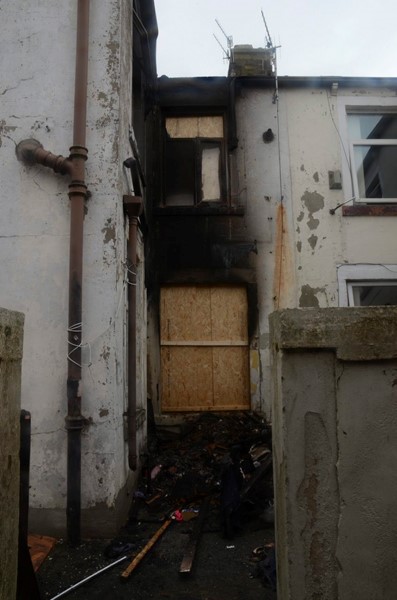 Witnesses saw a man running from the front door of the house and he is described as; Asian, approx 5ft 4, aged 18-20 years, pale skin, wearing a Nike tracksuit - grey, black and white with his hood up.

Det Sgt Sarah Hargreaves, of Burnley CID, said: “This was a deliberate arson with a reckless disregard for safety. It is only a matter of luck that there was no-one inside the address and that we are not dealing with serious injuries or even a fatality.

“I would appeal to anyone who has any information to come forward and contact us.”