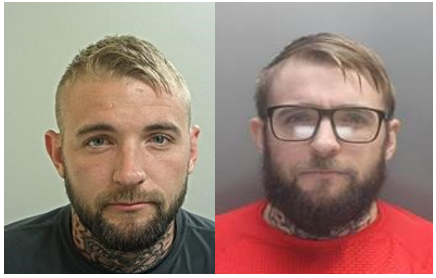 We are sending out a fresh appeal to locate a wanted man who is believed to be back in Lancashire.

Richard Bennett, AKA Shacklady, is wanted in relation to a shooting on February 28th where a shotgun was fired outside an address on Feltons in Skelmersdale. Fortunately, no-one was injured.

It is believed Shacklady left the country for a period of time, however he is now thought to be back in the local area of Skelmersdale.

The 29-year-old, formerly of Thurston, Skelmersdale, is described as around 6ft tall, of slim to medium build with short light brown hair. He is known to change his appearance regularly and sometimes has a beard, with longer hair and occasionally wears glasses.

Anyone who sees Shacklady should not approach him, but should contact police immediately.

DS Pete Reil of Lancashire Police said: “I would like to appeal to anyone who has any information on Shacklady’s whereabouts to get in touch with us. If you have seen him, or know where he might be, please let us know.

“I would also like to stress that anyone found to be harbouring or protecting him, will be arrested.”

As well as Skelmersdale, Shacklady also has links to Merseyside, Wigan and Standish.

Anyone with information is asked to contact police on 101 quoting log number 1130 of February 28th. Alternatively, independent charity Crimestoppers can be contacted anonymously on 0800 555 111.