DETECTIVES are appealing for information after a man was found with serious injuries at an address in Blackpool.

We were contacted at around 11.40am today (Tuesday) to reports that a man was unconscious at a flat on Dale Street, Blackpool.

We attended the address with paramedics and found a man, thought to be aged in his 50s, with serious head and chest injuries. He has been taken to hospital and is currently in a critical condition.

No arrests have been made as yet and enquiries are ongoing to establish exactly what happened to cause the man’s injuries.

Det Insp Steve Harry, of Blackpool CID, said: “This man has suffered some really significant injuries and our enquiries are at an early stage as we try to establish what has happened to him as he has potentially been the victim of a serious assault. I would appeal to anyone who saw or heard a disturbance in the area or who saw anything suspicious after about 9pm last night to get in touch.”

We are in the process of contacting the man’s next of kin and offering them support.

Anybody with information is asked to get in touch on 101, quoting log number 433 of March 24th or through independent charity Ctimestoppers on 0800 555 111. 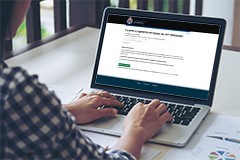