Have you seen this man wanted in connection with a Darwen haulage theft? 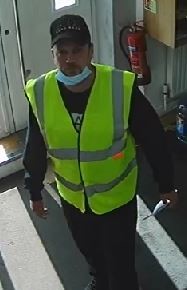 Police want to speak to him in connection with the haulage theft of horticultural goods worth around £20,000.

The pallets, which included plant and grass seeds, were collected from Kenley Warehousing & Distribution Ltd, in Darwen but failed to reach the intended delivery address in Wiltshire.

A total of 14 pallets were originally loaded onto a truck at the site on Hilton Street, Darwen on April 11th and reported stolen a few days later when they hadn't arrived at the destination.

The man pictured is believed to have been driving a 45-foot articulated truck with vehicle registration FT13DAF. We would appeal to anyone who was out in the Darwen area on April 11th to check their dash cam footage for this vehicle.

A 38-year-old man from West Yorkshire has been arrested on suspicion of theft and released pending further enquiries. A number of other males from west Yorkshire have also been questioned.