A MAN has been jailed after coughing in the face of a police officer while claiming he had Coronavirus.

Christopher Plumb, 54, of no fixed address, was arrested on Saturday (May 2nd) after a domestic incident at an address on Cross Street in Blackpool.

Following his arrest and while in custody Plumb deliberately coughed in the face of a PC while saying he was infected with the virus.

Plumb appeared before Blackpool Magistrates on Monday (May 4th) and admitted offences of assault by beating, criminal damage and assault on an emergency worker.

He was jailed for a total of 26 weeks and given a restraining order. 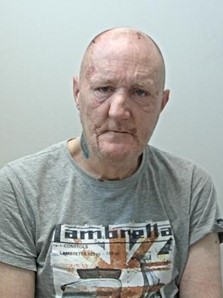 Detective Constable Chris Smith, of Blackpool Police, said: “This is a heinous offence committed against an officer carrying out their duty.

“We as police officers are here to protect the public and should not be exposed to unnecessary risks in doing so by mindless acts such as Mr Plumb displayed. It is good to see that the court are taking these types of incidents seriously.”