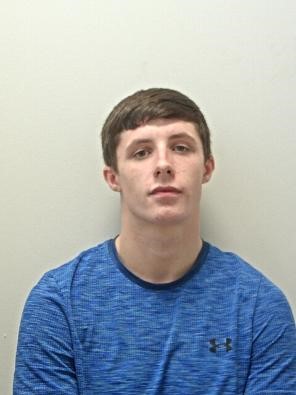 A man from Fleetwood has been jailed after being charged with stalking a police officer.

Jack Jones made threats to a female PC while she was on duty and loitered around the police station, on North Church Street, waiting for her to finish her shift.

On several occasions throughout February and March, Jones, accompanied by his friend Thomas Heaton, followed the officer as she walked to her car, parked on Bold Street.

The pair made several attempts to follow her by watching her from their vehicle and even following her in her own car as she drove to her home address.

Jones, 21, of Grange Road, Fleetwood, was sentenced to 16 weeks in prison and issued with a restraining order to protect the officer.

And Thomas Heaton, ​21, of Leven Avenue, Fleetwood, was sentenced to eight weeks imprisonment suspended for 16 weeks. He was also issued with a restraining order.

PC Scott McClaren, of Lancashire Constabulary said: “Jones’s imprisonment sends a clear message that this behaviour will not be tolerated in Lancashire and we will pursue those who target others in this way.

“Stalking can have devastating consequences for victims and can often escalate to other serious offences. We are committed to tackling this issue and will offer as much support as possible to anybody affected.”

If you're being stalked it is very important you trust your instincts. We would urge anyone who is being affected by stalking to contact us on 101 or ring the National Stalking Helpline on 0808 802 0300. All reports will be taken seriously and dealt with robustly.