Death of HRH the Duke of Edinburgh 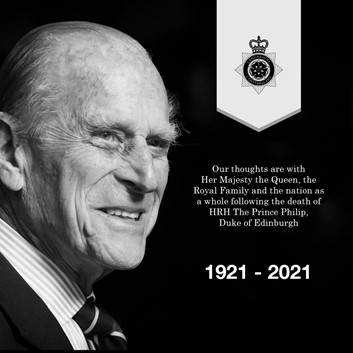 “I am deeply saddened to hear the news that His Royal Highness The Duke of Edinburgh has died and my thoughts today are with Her Majesty the Queen, the Royal Family and the nation as a whole.

“Prince Philip was a fantastic public servant who has dedicated his life to the service of the nation – from his service in the armed forces, his passion for so many causes including the Duke of Edinburgh scheme which has given encouragement to so many thousands of youngsters and his unwavering support for Her Majesty The Queen.

“He will be deeply missed.”

Lancashire Constabulary’s flags will fly at half-mast as a mark of respect.