A MAN has today been jailed for life for the murder of two of his own children and his girlfriend.

Jordan Monaghan was also sentenced for the attempted murder of a third child, who cannot be named for legal reasons.

Monaghan (16/7/91) had denied the charges but was found guilty following a ten-week trial at Preston Crown Court.

He was jailed for life with a minimum term of 40 years before he can apply for parole. 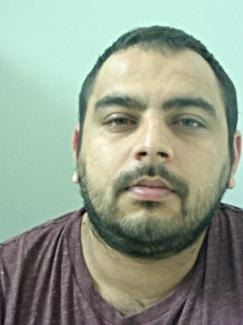 During the trial the court heard that Monaghan smothered three-week-old Ruby Monaghan in January 2013 and his 21-month-old son Logan seven months later in August 2013. The prosecution said he murdered the children to try and get closer to his then partner, the children’s mother, after the relationship became strained.

He sought to cover his murderous actions by presenting both deaths as tragic natural causes.

Both these deaths were investigated by the police under their national joint child deaths protocols, including a forensic post-mortem examination, but the findings at that time were given as natural causes (bronchial pneumonia) for Ruby and unascertained for Logan. 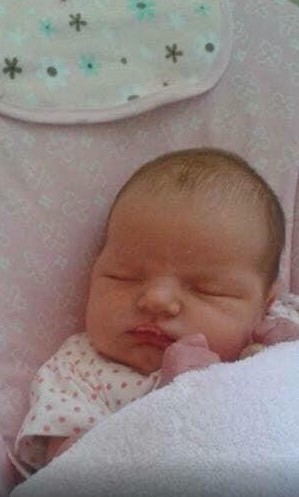 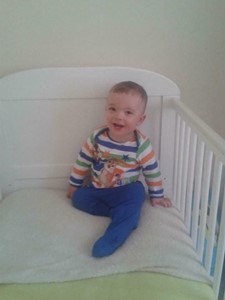 After the initial investigations the deaths of both Ruby and Logan were treated as non-suspicious due to a lack of positive medical evidence to the contrary.

Monaghan then tried to kill a third child in 2016. She survived but cannot be identified for legal reasons.

After the attempted murder of the third child police reviewed the deaths of the first two children and further expert evidence strongly supported the fact they had died as a result of Monaghan deliberately restricting their breathing. Lancashire’s Force Major Investigation Team launched a murder investigation.

Monaghan was arrested on suspicion of murder and attempted murder and was on bail, pending a detailed and comprehensive investigation which included further forensic expert evidence, and prosecution advice.

In 2019 as police and prosecutors were building a case against him Monaghan struck again and murdered his then girlfriend Evie Adams by giving her a cocktail of illegally bought prescription drugs, including tramadol and diazepam. She was 23-years-old.

In spite of bail conditions ordering Monaghan not to associate with Ms Adams and an injunction against him contacting her, and despite police warning her of the danger he posed, the pair surreptitiously kept seeing one another.

There was already a non-molestation order in place in relation to Jordan Monaghan and Evie Adams which was granted in April 2018 and Monaghan was arrested and sentenced to 2 months imprisonment in July 2019 for a breach of this order.

Ms Adams was also offered refuge accommodation on two occasions, but these placements broke down because she continued to see Monaghan surreptitiously – a sign of his controlling behaviour.

Monaghan was also subject to monitoring whilst he was on bail and a number of disclosures were made to other women who he had attempted to strike up relationships with.

Monaghan again tried to cover up his crime by making it appear Evie Adams had taken her own life by faking a suicide note.

A full Major Investigation Team investigation began into Evie’s death, which led to the discovery of crucial evidence that led to his conviction.

Following two extensive and hugely complex investigations spanning a total of 3 years and after consultation with the Crown Prosecution Service Monaghan was in January 2021 charged with murder, attempted murder and child cruelty.

Det Chief Inspector Pauline Stables, of Lancashire’s Force Major Investigation Team, said: “First and foremost my thoughts today are with the families and loved ones of Ruby, Logan and Evie Adams. There is nothing that can bring them back, but I hope that this conviction and sentence brings them at least some consolation. They have endured this difficult trial with the upmost dignity despite facing attempts by Monaghan to smear their characters and lay some blame at their feet.

“Jordan Monaghan is a ruthless, manipulative and cold-blooded killer who both intended to kill his victims covertly and then made significant efforts to cover up what he had done. It was only after extremely complex and lengthy investigations that we were able to prove that the deaths of both the children and of Evie Adams were premeditated murder. During the trial he proved to be a calculated liar who would stop at nothing to distance himself from the reality of his horrendous crimes. Crimes against those who were totally reliant upon him, those he should have cherished and protected.

“It is a sign of how controlling and manipulative he could be that he kept seeing Evie Adams even after his arrest for murder and even though she had been warned of the risk he presented. He both preyed on her vulnerability and used it to try and cover his tracks.

“I would like to thank both the prosecution team for their meticulous preparation and presentation of the case and the jury for their consideration of what was at times harrowing detail. Their verdicts in this case mean an extremely dangerous man is now off the streets and will be so for a significant length of time.

“I would also like to thank all of the police officers and staff who have worked tirelessly over a number of years in order to bring Monaghan to justice. Their efforts have been rewarded by today’s guilty verdicts and sentence.

“Once again my thoughts remain with the loved ones of all of Monaghan’s victims.”

Yvonne & myself would like to thank the force major investigation team, past and present for all the hard work that has been put in to bring the case to court.  Also to Andrew (Smith QC) and his team for the way that the case has been presented during the trial.

I would like to say a special thank you to Natasha Bennett & Dave Meadows (family liaison officers) for the all the support over the last 2 years.

It has taken us over two years to get this case to court and it has taken Laura and her family a lot longer. Our thoughts are with Laura and the Gray family as we know what they have been going through.

Despite the conviction it will not bring back our daughter Evie or ease the pain of her not being with us, or Ruby knowing her mother as she grows up.

All I ever wanted to be was a mum. I wanted to give children the love and opportunities I didn’t have growing up. Jordan knew how much I wanted this too. My children are the most important things in my life. I loved every single day I had with them and often think about this. I have the memories and they are truly lovely memories… but memories will never be better than reality. I miss all of my children with my whole heart. It is so difficult to try and put into words what Jordan has done to me, but I will never be the same person again. When the children went, a huge part of me went with them.

Logan was my funny, very, very cheeky little boy. I had to have eyes everywhere, he once got in the freezer and came out sucking a frozen sausage, I’ll never forget that day. To say he was only small he was fiercely independent but of course he loved a cuddle off his Mummy. He was a super little dancer and loved to bop his way around the room to ‘Troublemaker’ by Olly Murs.

With Ruby I only had a very short time with her… only a short 24 days. 24 days is not long enough for a newborn to smile, see clearly or develop their own little character. She didn’t get the chance to see me clearly and I didn’t get the opportunity to savour her gorgeous first smile, I know she would have had. I’ve lost out on her first giggle, her first word and the first steps she would have taken. Ruby like Logan, however, did also love a cuddle from her mummy. I only have one photograph of Ruby and I and this will never be enough.

Jordan took the lives of Logan and Ruby. Initially and for a long time I did not want to believe this, but now I know it’s the truth. I still to this day struggle with the word ‘murderer’ and that’s because accepting that two of your children have been killed by the person you trusted most is simply impossible to accept and get your head around. .

My mental health has suffered significantly over recent years and I have made several, serious suicide attempts. I simply couldn’t see a future without my children. I have had and still have many dark days and I find these impossible to get through.

Today is bittersweet for me I will not be celebrating this verdict because for me there are no winners here, I don’t get my babies back and this will never be over for me.

I would just like to thank the enormous efforts of all the people involved in this case especially my family, witnesses, the police, prosecution team, my mental health and intermediary support and the jury who have ultimately carefully considered all aspects of this case. I am so grateful thank you.

When the children were born, they consumed my whole heart, they still do. I think this is natural for any mother to say this. I was and still am a good mum… It has taken me a long time to believe this and say it, but I now genuinely do believe it. I would have done and still will do absolutely anything for them.

I promised to fight for justice for them, I have done this with my head held high and with honesty and dignity. Well I did it for you my babies… I hope you are as proud of me as I am of you. I simply could not be any prouder to be your mummy.