Detectives issue appeal after cyclist attacked and robbed in Rishton

Detectives are appealing for information and dashcam footage after a cyclist was assaulted and robbed in Rishton. 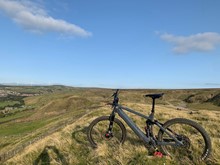 The victim, a man in his 30s, was cycling along the canal towpath near High Street at around 9.30pm on January 11 when he was approached by four males.

The victim was kicked to the ground and robbed of his distinctive Norco Range VLT C2 e-bike, iPhone XS and GoPro 360 MAX. He suffered neck and back injuries and required surgery on a fractured heel.

Despite extensive enquiries, no arrests have been made at this stage and detectives are appealing for anybody with information to come forward. 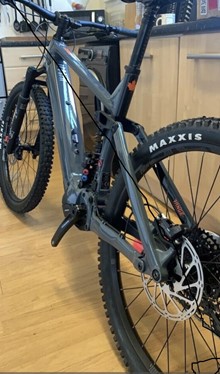 DC Ryan Benson, of East CID, said: “This was a cowardly attack which has left the victim with some very nasty injuries.

“While no arrests have been made at this stage, extensive enquiries have been carried out to identify those responsible and return the stolen property to the victim. We are now asking for the public to come forward if they saw anything suspicious in the area around the time of the attack or if they have any information which could assist with our enquiries. I would ask motorists to check their dashcam footage to see if they have captured anything from the area which could help our investigation.

“I would also like to hear from anybody who may have seen the e-bike or been offered it for sale.”

Anyone with information is asked to email [email protected] or call 101, quoting log 1079 of January 18. Alternatively contact independent charity Crimestoppers on 0800 555111.