Lancashire Talking has reached 30,000 responses from people across the county.

Lancashire Talking asks the county’s residents, via a few simple questions, what it’s like to live in their area.

It aims to find out what issues matter most to communities and is an opportunity for people to raise any concerns they may have.

Lancashire Talking means Neighbourhood Policing Teams, together with partner agencies, work on what matters most to our communities and are then able to tell communities what we’ve done to address those issues.

To mark this milestone, the Police and Crime Commissioner for Lancashire Clive Grunshaw visited Fleetwood Station, home to the Wyre Neighbourhood Policing Team, to discuss the positive impact the initiative is having on the Force’s communities.

Thanks to feedback from Lancashire Talking, examples of the action Wyre Neighbourhood Policing Team have taken include:

Talking about his visit to the Wyre Neighbourhood Policing Team, Clive Grunshaw, Police and Crime Commissioner for Lancashire, said: “This fantastic response and the success we have seen from the Lancashire Talking initiative so far is a great example of how we want to engage with residents, get their views and listen to what their priorities are.

“My role acts as the public's voice within policing here in Lancashire and that is why I funded this initiative, helping the people of Lancashire tell us about policing needs in their local neighbourhoods.

"This also has provided officers with a way to quickly and directly communicate some of the many successful operations and actions they take, working around the clock to keep us all safe.

"Protecting local policing is a key priority in my Police and Crime Plan and by our commitment to addressing the public's concerns has also been seen through the investment into local taskforces, with additional officers going into every district, focusing on reducing and preventing crime and dealing with the issues that matter most to people."

Inspector Kevin Lister of the Wyre Neighbourhood Policing Team, spoke of how instrumental the feedback of local people has been in helping creating solutions to resolve the issues raised: “Lancashire Talking has provided us with a vital tool to work with local people to drill down the things that concern or worry them the most. It has been crucial in helping us address those issues together with our partner agencies to ensure that our area continues to be a safe place to live, work and visit.”

Chief Superintendent Sam Mackenzie, Head of Local Policing at Lancashire Constabulary added: “Since introducing Lancashire Talking in January 2020, all our Neighbourhood Policing areas have embraced the scheme and actively engaged with their communities to strengthen relationships with local people and to examine and take action on the concerns people have, to help us target our Neighbourhood Policing resources to those priority issues.

“I’d ask anyone who hasn’t already done so to take five minutes to complete the short question set and help us improve things in your area.”

To have your say and to find out more, visit lancashire.police.uk/lancashire-talking

Additionally, since rolling out Lancashire Talking the Constabulary has consistently been amongst the top the performers when compared to 24 other areas that use the Neighbourhood Alert system.  This includes registrations to In The Know, our community messaging system, which powers Lancashire Talking and community engagement messaging.

During February 2021, there was a 7% increase in members - nearly double that of some of the biggest Forces in the country – with a 6% increase in responses from members to the messages shared as part of the you, said we did aspect of Lancashire Talking.

Mike Douglas, from VISAV Limited who created the In The Know and Lancashire Talking systems said: “Lancashire Constabulary have picked up a solution that other Forces have helped develop and then demonstrated how it should be done.  The vigour and professionalism, especially during the difficult times everyone has faced recently is inspirational.  They have genuinely created a shining example of best practice that will be hard to match.” 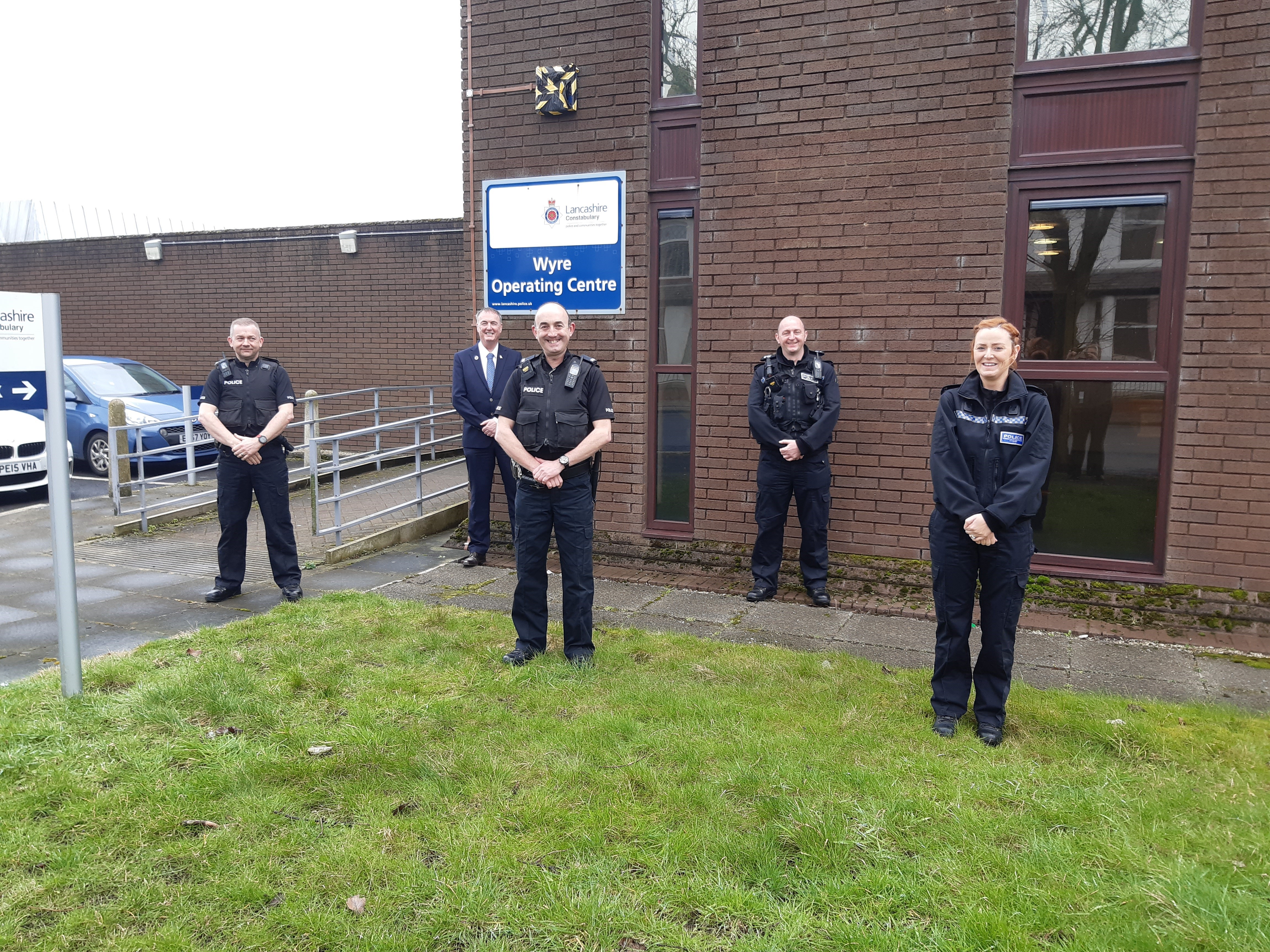