A man who attacked and raped a woman in Blackpool has today (Tuesday, March 2) been jailed. 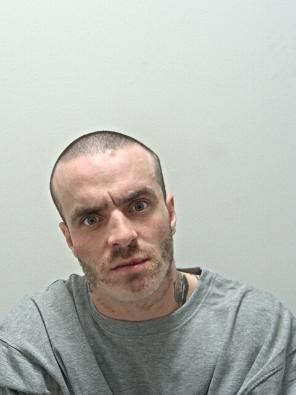 David Dara, 29, of Saxby Street, Leicester, was sentenced to 10 years in prison, with a further six years on licence, at Burnley Crown Court.

Dara had been arrested last year after a woman reported she had been raped in the resort.

Around 10.30pm on April 23, the victim, 20, was approached by a man and taken into an alleyway off Hopton Road at the side of the Home Bargains Store on Tyldesley Road in South Shore.

The offender then subjected the victim to a serious sexual assault before violently assaulting her as she lay on the ground.

The attacker made off from the scene on a bike, with the victim found by two women and taken home with the incident reported to police.

Following investigation detectives identified the scene of the attack, with a number of items, including a set of keys, a mobile phone, a bank card, an Adidas bag and a blue Nike hoody, found. These items were quickly linked to Dara.

Dara, along with a 19-year-old man from Blackpool, were arrested by police. Following consultation with the Crown Prosecution Service Dara was charged with rape, with the other man released no charge.

Dara pleaded not guilty to the offence but following a trial at Burnley Crown Court he was convicted of rape and assault.

He was sentenced to 10 years in prison, with six years on licence. He was handed a 20 year sexual harm prevention order (SHPO).

“His actions that night were abhorrent. He targeted a vulnerable woman, knowing she was alone, before exploiting and attacking her in an alleyway.

“The victim has shown tremendous bravery in coming forward and telling police what happened. She has also shown great courage during the trial process.

“Dara is clearly a dangerous individual and his sentence reflects the gravity of his actions. I must thank the investigating officers for their professionalism in handling a difficult and at times disturbing investigation.

“We would encourage anyone who has been the victim of a sexual offence to come forward and report it to us, safe in the knowledge we take all reports seriously and ensure victims are treated sensitively and professionally at all times.”