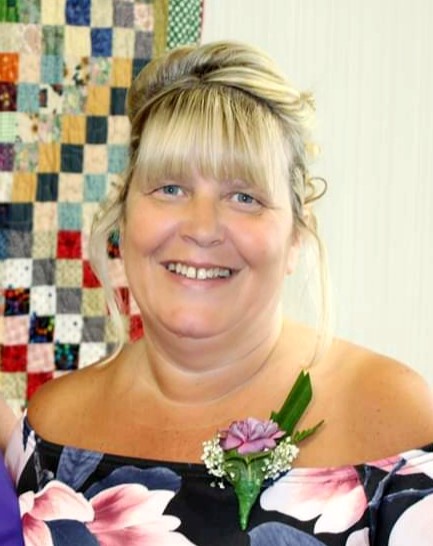 A pensioner has today (May 13th) been sentenced after being found guilty of the murder of his neighbour.

Alan Fare, 73, of Victory Close, Nelson was given a hospital order at Preston Crown Court for the murder of Mandy Houghton, 58 (pictured) also from Nelson.

Shortly before 11am on June 3rd 2020 Fare arrived at Burnley Police Station saying he thought he had “killed someone.”

Officers immediately attended the address on Victoria Close, and Ms Houghton was found unresponsive in the hallway. She was sadly pronounced dead at the scene.

A subsequent Home Office Post Mortem examination showed she died as a result of head injuries.

Fare was arrested and following consultation with the Crown Prosecution Service he was charged with her murder and today a jury found him guilty.

The pensioner was deemed unfit to plead due to suffering from dementia. The proceedings went ahead as a trial of facts, where a jury can still rule but only by relying on the facts of the case presented to them.

On sentencing today, Fare was handed an indeterminate hospital order.

Det Ch Insp Gareth Willis, from Lancashire Police's Force Major Investigation Team, said: “This is an utterly tragic case that saw a much-loved mum, sister and grandma taken far too soon. Mandy was a caring and compassionate lady who had often helped out her neighbour Alan Fare. But in the weeks leading up to her death she had become concerned about Alan, confiding in her family that on occasions his behaviour was becoming odd.

“Around 9am on Wednesday 3rd June 2020 Alan Fare attended Mandy’s home and for reasons unknown violently attacked her in the hallway with a hammer causing severe head injuries. He then drove to Burnley Police Station some time later where he approached a police officer saying he thought he had killed someone.

“The exact circumstances leading up to and surrounding Mandy’s death are not clear as due to his medical condition Alan Fare has not provided any account of what took place or why.  That said the Jury have concluded they are satisfied beyond all reasonable doubt that he is responsible for her death.

“Sadly, this verdict provides no relief from the tragic loss that Mandy's family and friends have suffered. They have remained incredibly dignified throughout this investigation and my thoughts remain with them at this incredibly difficult time.”

In statement Mandy's family said: "We are all extremely grateful that the defendant has been found guilty. We do not however feel that we have got true justice as this does not change the fact that Mandy has gone forever and we will never be able to forgive the defendant for destroying all our lives. Our world has fallen apart but we know that Mandy would want us to try and pick up the pieces and we hope that she is looking down on us knowing that we have done the best we can for her."