Police are warning residents about a scam currently in operation where owners of lost pets are being sent fraudulent messages claiming their animal has been dognapped. 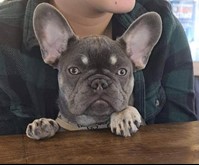 Dog owners who have posted their contact details online when their pet has gone missing have been contacted by scammers on an unknown number.

They have said that the victim has a limited amount of time - usually a day - to transfer bitcoin or the scammers will kill their pet.

At 2.56pm on March 31, police were called by a woman in Longridge who had received threatening phone calls from a man claiming he had her lost lilac and tan French Bulldog Nelly. They said they would harm Nelly if she did not pay a ransom of £1,000 by 3pm that day.

In that case the man did not send any proof that he had Nelly (pictured).

The victim was then contacted the following day with a message stating, “I have your dog. It’s fine just scared. Send £450 in bitcoin to this bitcoin wallet or I will sell it or whatever. When you pay send your address and I’ll drop it off. I won’t contact you again or reply. This is a throwaway phone. Police can’t help. You have until end of Thursday.” 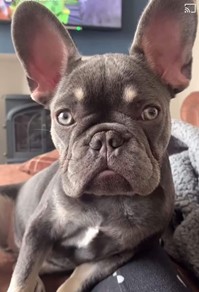 It is not clear whether the phone call and the message came from the same individual.
Lancashire Constabulary takes these offences, which are classed as blackmail, extremely seriously. If you receive one of these fraudulent messages, the advice is to not respond and call the police.

Juliet Clark, of Lancashire Constabulary’s Cyber Crime Unit, said: “These despicable individuals play on the emotions of their victims when they are at their most vulnerable.

“As upsetting and tempting as it is to pay the ransom, this is scam. If people are contacted after losing a pet with similar messages, contact police on 101.”