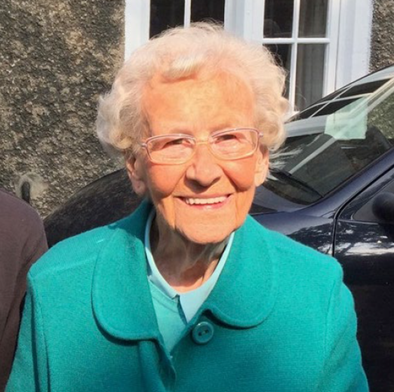 A man has today (Friday, November 12th) been jailed for life for the murder of an elderly grandmother after setting fire to her home.

Tiernan Darnton was yesterday found guilty following a trial of the murder of Heysham pensioner Mary Gregory in May 2018.

The 21-year-old of Heaton Road, Lancaster, was jailed for life and will serve a minimum of 15 years before he is eligible to apply for parole. He will only be released once the parole board are satisfied that he no longer poses a risk to the public. If he is released, he will be on licence for the rest of his life.

Emergency services were called to Mrs Gregory’s bungalow on Levens Drive, Heysham, at shortly after 4am on May 28, 2018.

The 94-year-old was taken to hospital following the blaze but she sadly died on June 1st 2018. Her cause of death was given as pneumonia and smoke inhalation.

However, following further information given to police in May 2019, when Darnton made a confession to his counsellor, a new investigation led by the Force Major Investigation Team was launched.

Further enquiries led officers to conclude the fire had in fact been started deliberately.

Following a lengthy and complex police investigation, and after consultation with the Crown Prosecution Service, Darnton, was charged with the murder of Mary Gregory in March of this year.

The murder trial at Preston Crown Court, which concluded yesterday, detailed a timeline of events from the morning of the fire including evidence that placed Darnton at Mrs Gregory’s house around the time of the fire, despite him denying being there at all. This featured a packet of Tunnock’s teacakes and a can of Coca Cola purchased at nearby Tibicar service station at 2.20am and later discovered in the kitchen at the scene. 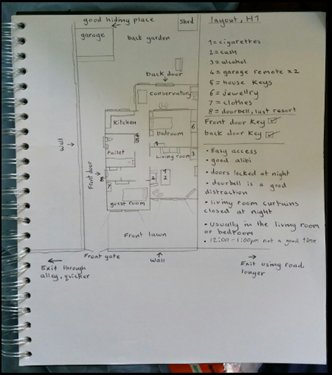 Darnton’s laptop was seized following his arrest which revealed internet searches from the days after the fire including; “Mental health support for murderers”, “Feeling guilty for murder.” and “I’m a monster and I’m going to hell.”

Our investigation also found that the spare key was missing from the outside key box, one of two smoke alarms at the property had been disabled and the home telephone was disconnected, meaning Mrs Gregory couldn’t call for help. 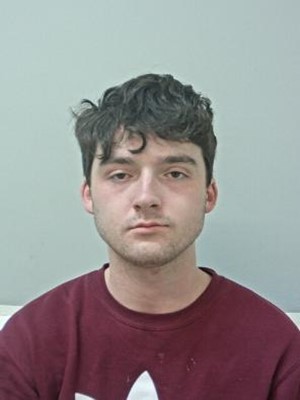 “Darnton tried to convince the jury that he was Mary Gregory’s loving and devoted grandson. Make no mistake, Darnton was not related in any way to Mary Gregory. Darnton’s assertions of love and devotion were nothing more than a distraction deployed by him in his desperate attempt to deceive the jury.

“Darnton regularly visited Mary Gregory’s home after her son took him under his wing at a young age. Darnton would spend time at Mary Gregory’s bungalow. He had easy access to her home. He took advantage of her kind nature. He abused Mary Gregory’s trust by carefully planning her murder by setting fire to her home when she was still alive and in the property.

“Since his arrest and culminating in his dishonest evidence during the trial, Darnton has protested his innocence and sought to evade justice. My investigating team and the jury saw through Darnton’s lies. I wish to express my gratitude to each member of my police team who painstakingly gathered and analysed the evidence in this difficult investigation and to the prosecution team who presented this evidence in a clear and straight forward manner.

“My thoughts remain very much with Mary Gregory’s family and friends. I hope this guilty verdict provides them with some comfort that justice has been done and brings to them a degree of closure that will allow them to start the long journey of moving forward with their lives.

In a statement following today’s sentencing hearing, the family of Mrs Gregory said:

“On behalf of my side of the family I want to start by thanking DCI Zoe Russo, DI Jo Dent and each and every one of their colleagues at Lancashire Constabulary. They have pursued this case with professionalism and dedication, passionate in their determination to provide justice for my mother.

“I also want to thank our brilliant legal team led by David McLachlan QC for their painstaking commitment in presenting the facts of this case so that the truth could finally be told. I am immensely grateful to the judge and all the officers of the court for their efficient and considerate management of this case. I also want to thank the members of the jury for their time and careful consideration of the evidence in reaching their decision.

“I also want to clarify a misunderstanding that has circulated in media reports. Tiernan Darnton has been reported widely as my mother’s grandson. In fact, he has no biological or legal connection with our family whatsoever. The last three and a half years have been traumatic for my family. We lost a loving mother and grandmother, aunt and dear friend in horrendous circumstances. We were never satisfied that the initial findings of the Coroner were accurate.

“Now that the true and full facts of the fire have come to light and the perpetrator of this callous and evil act is behind bars, we can at long last have some closure and solace knowing that justice has been served for my mum.”