Two men who assaulted a teenage boy and threatened him with a machete in Blackburn have been jailed.

Charlie Morris, 21, and Lewis Barnes, 20 were handed a total of more than eight years in prison as they were sentenced at Preston Crown Court. 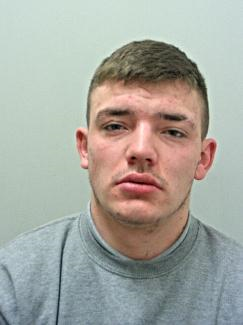 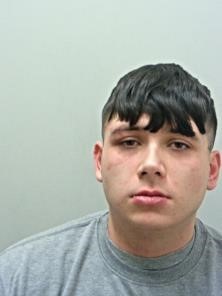 Officers were called to Angela Street, Mill Hill on February 2nd 2021 to a report of a serious assault.

The victim, a 16-year-old boy, was approached by Morris and Barnes who held a machete to his throat before assaulting him and stealing his mobile phone.

He was taken to hospital but his injuries were not life threatening and he has since been discharged.

Following the assault the pair ran off from the scene and went on to cause damage to a taxi driving on nearby Angela Street, as it slowed down to let them cross the road.

Morris and Barnes were located by officers a short time later and detained. As the pair were being arrested Morris assaulted one of our officers by spitting at them.

The pair were subsequently interviewed and charged for their offences and yesterday they were sentenced at Preston Crown Court.

Morris, of Windsor Road, Blackburn, was sentenced to four years eight months, made up of 54 months for robbery and two months for assaulting an emergency worker, consecutively. He was also given concurrent sentences for being in possession of a bladed article (12 months) damaging property (one month) and possession of a class B drug (one month).

Barnes, of Pleasington Lane, Blackburn was sentenced to four years for robbery.

DC Kiren Shah of East CID, said: “This was a very serious and terrifying incident whereby a 16-year-old boy, who was minding his own business, suffered a cowardly attack with a machete, leaving him beaten, shaken and terrified.

“I welcome the sentence handed down by the judge and I would also like to praise the bravery of the victim, who has shown considerable courage throughout the weeks and months leading up to sentencing.”