A MAN has today (Friday, Oct 8th) been found not guilty of the of the murder of Ben Smith in Bamber Bridge.

Samuel Bretherton, who admitted manslaughter in earlier proceedings, deliberately drove his transit van at and then over Mr Smith who was riding an e-scooter on Station Road in Bamber Bridge. 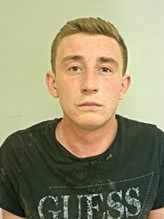 Ben, 20, suffered serious injuries and sadly died a short time later. Bretherton drive away from the scene and was arrested later at his home address.

The incident happened at about 1pm on February 11th.

Bretherton, 25, of Mellor Road, Leyland was found not guilty after a week-long trial at Preston Crown Court. He had admitted manslaughter but denied murder.

He will be sentenced on December 20th

Detective Chief Insp Zoe Russo, of South division, said: “My thoughts first and foremost are today with Ben Smith’s family and all those who loved him.

“Ben lost his life beneath the wheel of a vehicle driven by Samuel Bretherton. This was not a case of poor driving but was a deliberate act where the defendant used his vehicle causing the injuries that were to prove fatal.” In a tribute the family said: “Ben deserved to live a full and happy life amongst his daughter, family and friends. He had a good heart and all the stories and lovely words that have been shared confirm this. His reputation exceeds him, the polite, caring, loving, young man with the most cheekiest chappy smile and infectious laugh that would do anything for anyone, his life has been cruelly taken away and we all will be heartbroken for as long as we live. We just hope he knows how much we all love him and how many lives he’s touched in such a short amount of time. He will be sorely missed forever and always.” A map of the collision scene Aerial shot of the scene The scene on Station Road