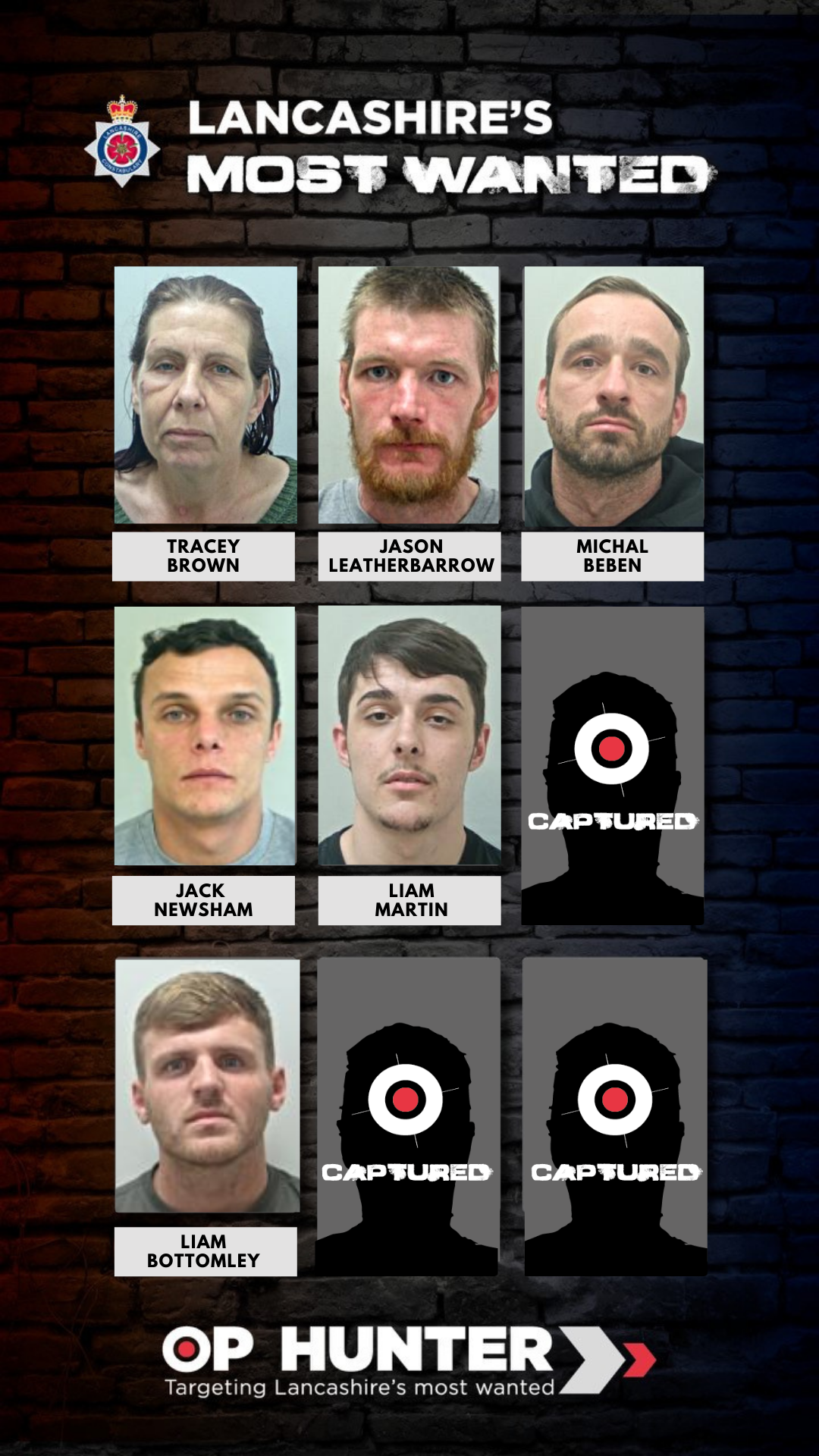 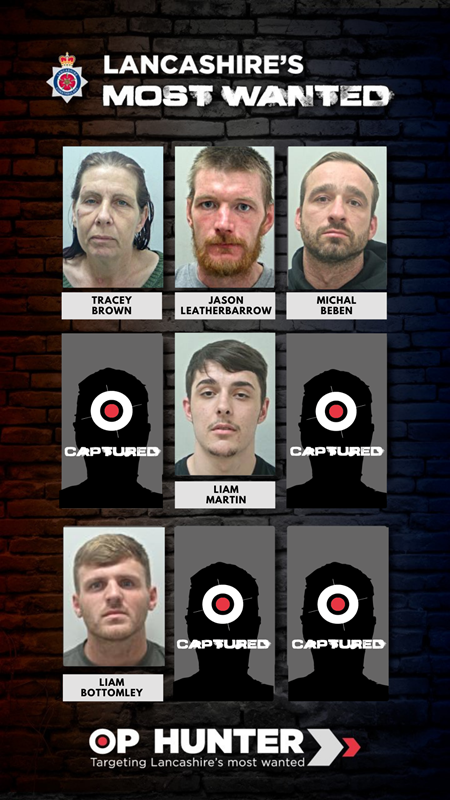 Following our previous appeal another man has now been arrested.

Jack Newsham, 28, from Preston, who was wanted in connection with an aggravated burglary and threats to commit arson handed himself in this morning and is currently in custody.

This is in addition to us locating Samuel Thomas, 25, who had links to the Blackpool area, who was recalled to prison yesterday (September 27), David Holmes, 27 from Skelmersdale, who has been charged with harassment and breaching a restraining order,  and Ian Humphreys, 35, from Lytham, who was wanted on suspicion of breaching a non-molestation order and handed himself in at Blackpool police station last week.

They were all wanted as part of Operation Hunter, which launched in July targeting the county’s most wanted individuals.

So that's four down, five to go of our most wanted faces from last week.

In the last three months we have executed more than 550 warrants and now we need your help to find others trying to evade capture.

Do you know or recognise any of them?

Wanted after failing to appear at Preston Crown Court.

The 50-year-old, who is thought to be sleeping rough in the Burnley area, is described as 5ft 5in tall with brown shoulder length hair.

Wanted after failing to appear at Preston Crown Court.

Leatherbarrow, also known as Liam, was due to appear at court last October to face a charge of possession with intent to supply.

The 32-year-old of Stansfield Street, Blackburn is described as 5ft 10in tall of slim build with light brown hair and a ginger coloured beard.

As well as Blackburn he also has links to Chorley.

Wanted on suspicion of failing to stop at the scene of a collision and dangerous driving.

Beben, of Lower North Aveunue, Barnoldswick is wanted in connection with the collision which happened in September 2019 in Rossendale, and left the female driver of the other vehicle with significant injuries.

The 38-year-old is descried as 5ft 9in tall of medium build with mid brown hair and is usually unshaven.

Wanted on recall to prison after breaching the terms of his licence.

Martin has been wanted since Sunday (September 19) after failing to return to his approved address.

The 19-year-old is now wanted on recall to prison to serve the remainder of his sentence for affray.

He is described as 5ft 9in tall of slim build with short dark brown hair.

Martin has links to Leyland and Preston.

Anyone with information is asked to get in touch on 101 or email [email protected].

Wanted in connection with an assault, criminal damage and making threats to kill.

Bottomley is wanted following the incident which took place on September 15 at an address on Cornwall Avenue, Blackpool.

The 28-year-old from Adstone Avenue, Blackpool, is described as 6ft tall of medium build with short fair hair.