Seventeen-year-old Asad Hussain was sentenced to five years custody for conspiring to commit the serious assault which led to Sarmad’s death.

The sentencing judge praised Lancashire Constabulary saying the officers who investigated the murder had gone ‘above and beyond’ in bringing Sarmad’s killers to justice.

Officers were called to the conservatory of an address in Chatham Place at 5.43pm on December 23 where Sarmad was found with multiple stab injuries to his chest and legs. 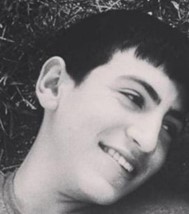 He was initially treated at the scene but was later transferred to hospital where he sadly died on the evening of December 27, having never regained consciousness.

Detectives launched a murder inquiry, which revealed the individuals who carried out the frenzied attack to be Dixon and Forbes. 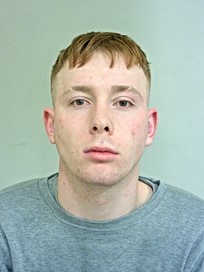 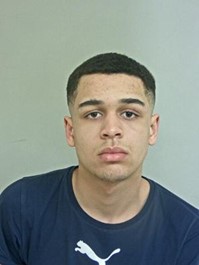 They were assisted in the conspiracy by Hussain. 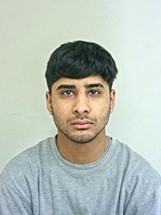 A jury at Liverpool Crown Court heard how earlier on the day of the fatal attack, Hussain, had text Sarmad to find out his location under the guise of arranging a meeting to discuss a £25 debt.

As Dixon and Forbes skulked around the corner for nearly an hour waiting for the green light to enter the conservatory, Hussain went into the building to ensure Sarmad was unarmed.

Hussain, who himself entered the conservatory with a baseball bat, convinced Sarmad to lay down his machete and then waited for a phone call from his co-conspirators so he could give the signal for them to proceed.

When they had received the signal from the Hussain that Sarmad was unarmed, Dixon and Forbes put on balaclavas went into the conservatory and stabbed their defenceless victim with a hunting knife and a machete.

Dixon and Forbes then fled the scene with their weapons, around two minutes after they had entered the conservatory.

Hussain stayed at the scene, pretending not to know the identity of Sarmad’s attackers – at one point even asking a witness to lie and say the baseball bat wasn’t his. He also relayed crucial information to Dixon and Forbes about the early stages of the police investigation, including witness accounts about the ethnicity of the suspects and what they were wearing.

Around 15 minutes after the attack, Dixon received a phone call from a friend at a Young Offender’s Institution. During that call he boasted about how he had just “done” Sarmad.

Detectives later retrieved a video from Forbes’ phone, recorded on the day of the attack, in which the defendant is seen waving around the murder weapon and talking about how he “stabbed Sarmad up”.

Evidence secured by officers showed the attack had been in the planning for a number of days.

Hussain, who was initially treated as a witness, gave a statement to police saying how he was “chilling” in the conservatory with Sarmad when two unknown males pushed him out of the way and stabbed his friend. He was arrested on Christmas Day and initially gave a similar account to police, before changing his statement to say that he knew Dixon and Forbes were the attackers but that they acted of their own volition and without any support from him.

Forbes was arrested on Christmas Eve and initially said he was at home all night. He later changed his account and said he was involved in the attack on Sarmad but only wanted to hurt him and never intended to cause him any serious harm.

Dixon was also arrested on Christmas Eve and answered no comment to all questions put to him.

Following a trial at Liverpool Crown Court in July Dixon of Clayton Avenue, Leyland, was unanimously found guilty of murder, while the Hussain, Thorn Street, Preston, was found not guilty of murder but guilty of conspiracy to commit Section 18 Assault. Forbes, of Skeffington Road, Preston, pleaded guilty to murder at an earlier hearing.

DCI Lee Wilson, of Lancashire Police’s Force Major Investigation Team, said: “This gratuitous and senseless violence has led to a family being robbed of their much loved and cherished son and our thoughts remain with them at this time.

“While no sentence can ever reflect or make up for the senseless and violent act of murder, I am pleased that these despicable individuals will be in custody for a significant period of time. They all acted in an evil and cowardly way, and although Hussain was never convicted of murder he played an integral role in the conspiracy by ensuring Sarmad was unarmed and pinpointing Dixon and Forbes to exactly where he was. Dixon and Forbes, knowing that Sarmad was trapped and defenceless, then carried out an evil and completely unwarranted attack. There is no doubt in my mind that they fully intended to kill Sarmad. As if that was not enough, they then revelled in his death.

“My sincere hope is that this case acts as a warning and wakeup call to any youngsters involved in gangs and knife crime about the consequences of both. Teenagers and young men only have to look at the impact this desire from Dixon, Forbes and Hussain for revenge and status has had on their lives and how it caused the end of Sarmad’s.

“The only positive which could ever come from this case is that hopefully teenage boys will think twice before arming themselves with weapons because the consequences can be devastating for all involved. If you carry a knife at some point you will end up using it.”

In a statement, Sarmad’s parents said: “We stand before you as another family grieving the loss of a teenage son, taken all too prematurely,  and traumatised by the conditions in which he was taken from us.

“Our beloved son Sarmad, perhaps like your son, daughter or someone in your ward of care, had on the afternoon of Wednesday 23rd December 2020 arranged  to meet his friends at a mutual friend’s home.

“They were off the streets in the safety of a home, and taking some welcomed fun time together in between lockdowns.

“Sarmad and his friends spent the afternoon playing PS games, eating pizza and discussing what Christmas presents they were hoping for.

“What could not have been foreseen was that their afternoon would have been so horrifically interrupted, and end in Sarmad’s murder.

“Three heartless cowards who between them planned to murder our 16 year old defenceless precious child in an unprovoked attack. They came armed with weapons into the safety of someone’s home with a premeditated intention to kill. They knew the devastating impact they wanted to create.

“Since the 23rd of December 2020 our lives, and the lives of those who witnessed this brutal murder, will never be the same. We will not have the wholesome family life. We will remain incomplete without Sarmad. His cheeky laughter will never again be heard in our home.

“The defendants will serve their sentences behind prison walls, where their families will be able to visit them and hug them and still be able to hear their voice. They will celebrate each passing year.

“For our grieving family we will remember Sarmad’s birthdays only up to his 16th. We will only be able to visit his grave. Sarmad was our world and our lives will always be incomplete without him.
“The sentences given today for taking our beloved Sarmad’s life will never reflect the pain and devastation with which we are living each day.

“Knife crime seems to be increasing, its victims and the perpetrators getting younger and younger, when will 'ENOUGH BE ENOUGH' and carrying a knife be 'NOT WORTH IT'? 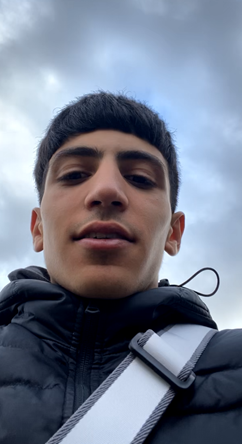 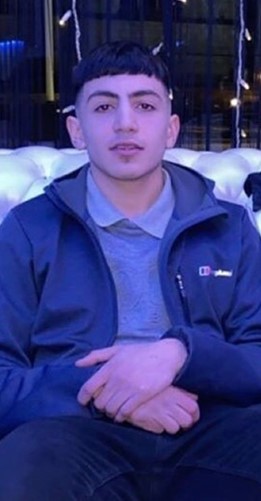