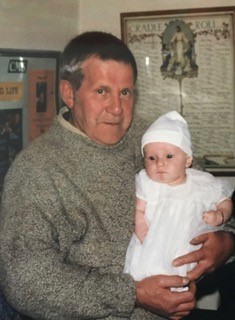 A teenager has today been jailed after pleading guilty to the manslaughter of an elderly man in Preston.

We were called shortly after 3pm on September 10th 2021 to The Paddock, Fulwood, following a report of an assault.

A post-mortem examination found the cause of death to be bleeding as a result of fractures to the nose, consistent with being assaulted.

Prior to the assault Mr Fishwick had gone outside to speak to a group of youths who were congregating in a stairway near to his home. Mr Fishwick admitted to officers at the time that he used some racist language towards the defendant, which he later apologised for.

During the interaction Mr Fishwick was punched to the face by one of the group who all then ran off.

An investigation was launched and Mohammed Al Aaraj, 19, of Sheffield Drive, Preston, was arrested and subsequently charged with manslaughter.

He entered a guilty plea in December 2021 and today at Preston Crown Court he was sentenced to four years in prison. 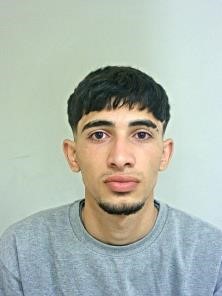 Det Ch Insp Mark Haworth-Oates, of the Force Major Investigation Team, said: “Mohammed Al Aaraj’s needless and rash actions on that day claimed the life of an elderly man who had simply gone outside to ask a group of youths to move on.

“Mr Fishwick was quick to accept that the language he used was unacceptable and I echo that it has no place in any circumstances. However, by choosing to punch this man of 86 years, who offered no physical threat towards him, Al-Aaraj changed the course of his own life as well as that of Mr Fishwick and his family and friends. This is another stark reminder that actions have consequences.

“We welcome today’s sentence and our thoughts remain with Mr Fishwick’s family at this sad and difficult time.”

In a statement Mr Fishwick’s family said: “The assault of an elderly, frail person is unconscionable. A life taken cannot be restored, nor the act of forgiveness for a violent offence be offered or given. The untimely death of a father, grandfather, and loved one and the manner in which it occurred has been life-changing and created a profound, indescribable sadness.

“We would like to thank the investigation team for their hard work in carrying out the investigation following the assault and untimely death. Immense gratitude is extended to the Family Liaison Officers who have supported us through this incredibly difficult period of our lives. We often take for granted the very things that deserve our gratitude, including public services. Having been closely involved with the police over the past months and experienced first-hand what they do, we are thankful for the services they provided and impressed by their commitment to duty.”