Three men have been sentenced for their part in a vicious attack on a man during a night out in Preston City Centre, leaving him in a coma for two weeks and needing to learn to walk and talk again.

Mitchell Gibbons, who was 20 at the time, was on a night out with friends when an argument took place between a number of men.

Mohammed Aseeb Ali, who is 23 and from Cornelian Street in Blackburn, punched Mitchell once in the head.

As the victim lay unconscious on the ground, 31 year old Uzair Bhatti from Calder Banks in Blackburn kicked him twice in the head and spat on him. Ali and Bhatti then ran away from the scene with a third defendant, 22 year old Dhanyal Hussain from Whalley Range, Blackburn who helped them get away from the scene by reversing his car down a one-way street.

The incident happened in February 2020.

Due to the extent of his injuries, Mitchell remained in a coma for 12 days and underwent extensive surgery which resulted in half of his skull being removed to alleviate the pressure on his brain. 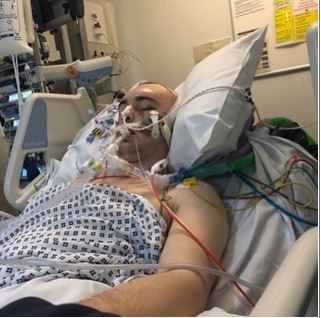 He has been left with permanent scarring and went through months of rehabilitation to help him to learn to walk and talk again. 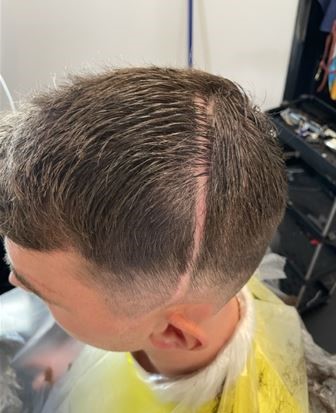 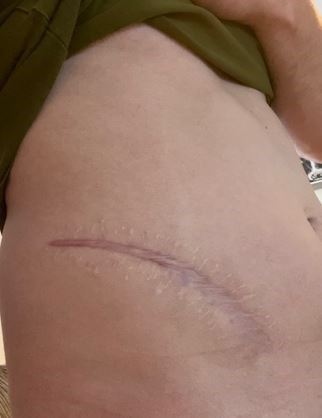 In a victim impact statement read to the court Mitchell said the attack had destroyed his confidence and ruined his dream of racing a bike in the Isle of Man TT race. He said he had been left self- conscious about his appearance.

Ali and Bhatti were given a two-year jail term, suspended for 18 months, after they admitted wounding. They were also given 180 hours unpaid work.

Hussain was sentenced to four months imprisonment, suspended, for assisting an offender.