Sex without consent is rape and no really means no.

There are many misconceptions around the serious crime of sexual assault and rape. Our message is that whatever the circumstances, no really does mean no. Victims often blame themselves, but the fact is that abuse is never okay and it is not the victim's fault, no matter what the circumstances.

It is important to remember that being pressurised, forced into having sex or taking part in sexual activity when you don’t want to is a crime, whether you know that person or not.

We would encourage people to think about violence, abuse, controlling behaviour and what consent means within their relationships as we understand the massive impact it can have on victims.

Making that first call or talking about abuse can be very hard for victims, so it is important to know that help and support is available.

If you have been the victim of a serious sexual assault then please report it - call us on 101 so we can help. Remember in an emergency or if a crime is taking place always ring 999.

We take investigations into rape and sexual assault very seriously. We have specially trained officers who will explain the process all the way through and help you to make a statement about what has happened. There will also be people there who can help you with any medical concerns you might have.

We work closely with partners to ensure victims have access to the assistance they need and that offenders are brought to justice.

If you feel unable to report it to the police straight away, tell someone you trust. You can speak to your GP or if you are at college or university, welfare staff and the Student Union will be able to offer help and advice.

If you have been a victim of crime, whether recently or in the past, Lancashire Victim Services are here to help. They provide emotional support, information and practical help, regardless of whether you have reported the crime to the police. All their services are free and confidential - call 0300 323 0085.

You can also self-refer to the SAFE Centre, a specialist unit at Preston Royal Hospital. They offer counselling, support and help with forensic examinations. They can be contacted on 01772 523 344.

This section provides information about rape and sexual assault and aims to dispel some common myths.

Rape is a very serious crime and can happen to both men and women. It is an act of violence, domination and anger, involving sexual intercourse or certain sexual acts without consent.

What is sexual assault?

Sexual assault can be committed by both men and women, against a man or a woman.

Different types of sexual assault include:

It is important to remember that being pressurised or forced to have sex when you don't want to is a crime.

A person consents if he/she agrees by choice, and has the freedom and capacity to make that choice.

The law recognises that consent can be withdrawn at any time before or during a sexual act, so if someone says yes to begin with and then says no during sex, consent has been withdrawn.

If someone is too drunk to give consent, it should always be assumed that they have NOT given their consent.

Myths and facts about rape and sexual assault

Myth: Rape happens because of the way the victim is dressed.
Fact: Rape has nothing to do with what the victim wears. Nobody has the right to have sex with someone without their consent.

Myth: People who are drunk are partly to blame for being raped.
Fact: The only person to blame is the rapist. Being drunk doesn't give anyone the right to hurt you.

Myth: Rape doesn't happen to men.
Fact: This is not true - men can also be raped. Rape is sex without consent regardless of whether you are male or female.

Myth: If your boyfriend forces you to have sex, it is not real rape.
Fact: If you have been forced to have sex by anyone, it is rape.

Myth: When it comes to sex, some people say ‘no’; but they really mean ‘yes’.
Fact: No means no but sometimes people may be too frightened to say anything. This doesn't mean they are consenting to sex.

Find out about how you can protect yourself when dating online 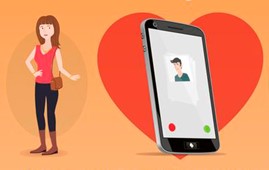